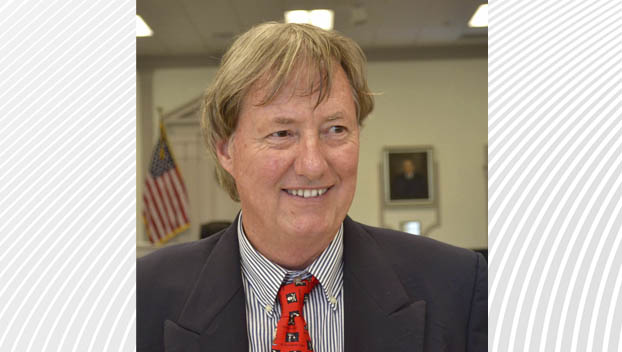 No, I’m not referencing the famous quote from the staged naval battle conceived by Emperor Claudius in 52 AD. Nor am I writing about the 1973 movie titled “Black Caesar—The Cat with the .45 Caliber Claws” starring Fred Williamson and Gloria Hendry. Nor am I thinking of the fake Black Caesar celebrated by polyester pirates in Florida.

I am speaking of the real-life infamous Caesar of colonial Bath, NC, the pirate-slave associated with Blackbeard who, prior to the Battle at Ocracoke, was purportedly assigned the dire and fatal task of igniting casks of gunpowder aboard the sloop ADVENTURE to inflict mass suicide in the event that the pirates lost the fight against the Royal Navy. After reluctantly ordering Caesar’s release from the Williamsburg jail and returning his money to him—it couldn’t be proven that it had been piratically acquired—Lt. Gov. Alexander Spotswood described him as “A person of very notorious Character for his Piracys.”

Yes, that black Caesar was real. No kidding.

If I had a time machine, Caesar of Bath would be at the top of my list of historical figures who I would want to visit and interview. Here are a few of the questions I would ask him.

So, Caesar, my analysis of primary source records suggests that your salvage-turned-piratical odyssey, along with other young men of Bath like William Howard, John Martin, Nathaniel Jackson, Joseph Brooks senior and junior, began in mid-1716. Was Edward Thatch, later to become known as Black Beard, your captain at that time? A deposition from Jamaica confirms that he was captain just a few months later, by early December of that year.

It was written in 1724 that you were “bred up” or trained since your youth by Edward Thatch. How long did the two of you know each other? Where did you first meet?

Your Wikipedia page claims that you were a former African king. What, you didn’t know that? Well, supposedly, after being marooned on an island in the Florida Keys, you amassed a harem of more than 100 women seized from passing ships. Why would you have given up those carnal pleasures to join Blackbeard’s crew as has been claimed by an esteemed English professor at the University of Florida, the source for your Wikipedia page?

Seriously though, what role did you serve in the attempted salvage of treasure on the coast of Florida following the wrecks of the Spanish treasure fleet?

What role did you serve in the capture, transportation, and management of the captured Africans acquired by Blackbeard following the taking of the French slave ship CONCORDE in November 1717?

Who came up with the name QUEEN ANNE’S REVENGE?

How were the 60 or so black men treated and accommodated alongside the 40 white pirates aboard Blackbeard’s final command, the relatively small 65-ft. sloop ADVENTURE after the QUEEN ANNE’S REVENGE was scuttled at Topsail Inlet? The quarters must have been very crowded.

Who conceived the sobriquet “Black Beard” for Capt. Edward Thatch?

Why didn’t you ignite the casks of gunpowder on board ADVENTURE when it was apparent that your fellow pirates had lost the fight at Ocracoke?

When you were released from custody at Williamsburg after accepting the king’s second Act of Mercy for pirates, why did you walk (or travel by horseback?) back to Bath and the household of your owner Tobias Knight when, alternatively, as a skilled mariner, you might easily have headed to Philadelphia, New York, or Boston to pursue a new life as a free man?

I have a document that suggests that you lived to be at least 74-years-old and that after your pirate days you became a cooper. Was that you?

Thanks for your time, Caesar. Someday I hope they erect a historical marker at Archbell Road near Bath in your honor. Since you are the earliest notable African-American that has been documented in North Carolina history, I think you deserve one. Beaufort County should celebrate you. In fact, you deserve your own movie but only if it’s factual—unfortunately, chances are, it would probably be based on your Wikipedia page.

Give my best to the cap’n.

Kevin P. Duffus is author of “The Last Days of Black Beard the Pirate.” He has written six books on North Carolina maritime history. He is the 2014-2015 North Carolina Historian of the Year (NC Society of Historians), the 2013 recipient of the Harlan Joel Gradin Award for Excellence in the Public Humanities, and the 2020 recipient of the National Lighthouse Museum Research Award.