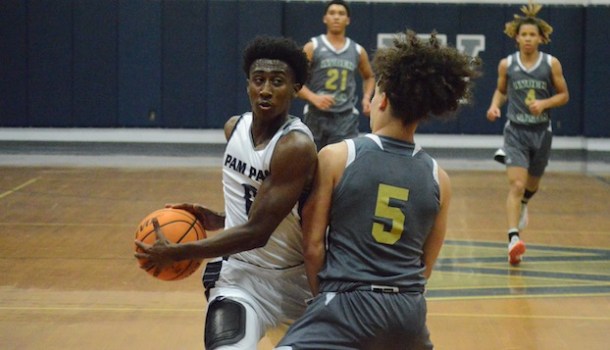 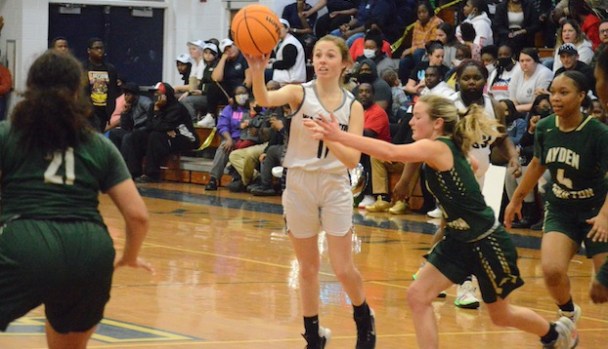 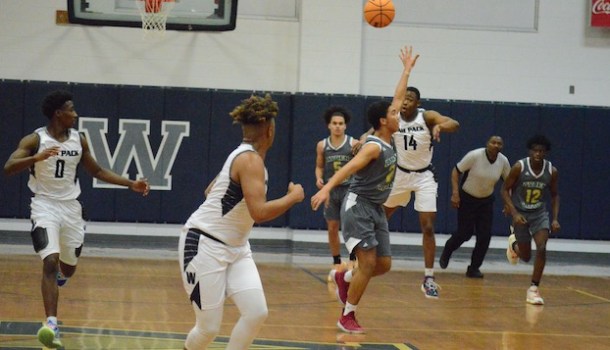 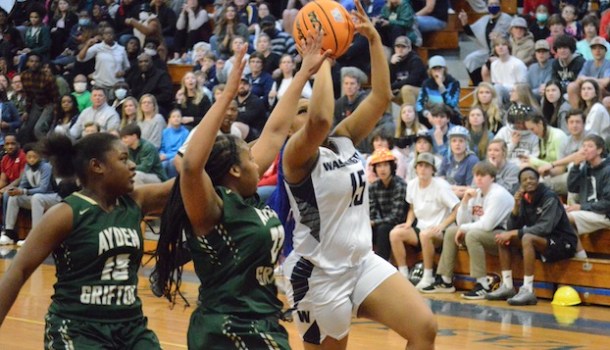 The Washington High School boys won for the 10th time in their last 12 games with a 77-53 rout of Ayden-Grifton on Senior Night at Dave Smith Gym Friday.

The veteran group staked WHS to a 21-8 lead after the first quarter and the Pack never looked back to close out the regular season with an 8-4 conference mark and a 13-7 overall record.

“I always start my seniors on Senior Night and these guys responded very well,” coach David Allewalt said. “They weren’t scheduled to play the entire first quarter, but they were rolling so I left them in.”

“Our confidence has grown so much over the last six weeks or so,” Allewalt said. “We usually win when we take of the ball and everyone scores.”

Washington wrapped up third place in the Eastern Plains Conference with their losses to three-time state champion Farmville Central and second-place Greene Central.

Senior Ashton Woolard and sophomore Gary Payne led the balanced scoring attack with 11 points. Seven of Woolard’s points came in the third quarter, while Payne notched nine of his 11 in the fourth.