‘The worst I’ve ever seen’: County working on ordinance to mitigate litter problem 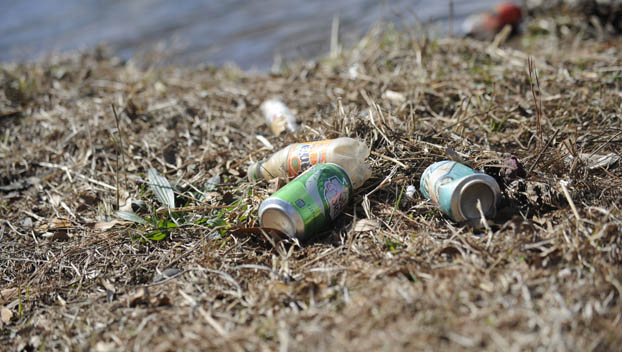 Pictured is some litter near N.C. Highway 32 in Washington. Beaufort County officials are working on an updated ordinance that will include specific penalties for those who litter or illegally dump trash. (Brandon Tester / Washington Daily News)

In 2021, the North Carolina Department of Transportation collected a record 11 million pounds of litter off roadsides. That broke the previous record of 10.5 million pounds, set in 2015.

That probably doesn’t come as a surprise to many Beaufort County residents who’ve urged local officials to address littering and illegal dumping problems.

“Especially around Pinetown we’ve got a lot of trash that’s blowing in other people’s yards … and nobody really wants to really address it,” Beaufort County resident Ronnie Hardison told the County Commissioners on Monday.  “When you do call somebody to address it though, you just about have to beg them to come back and check it out.”

“It could be from the weather or whatever,” Moate said. “But somebody needs to go around and pick it up. I’m embarrassed to tell people that I live near some of these streets, they’re so bad.”

Beaufort County Public Works Director Christina Smith said her department has received many similar complaints over the past several months. To help mitigate the problem, the county is updating its solid waste ordinance for the first time since 1974.

Smith said county residents have been asking that the county penalize those who litter, illegally dump trash or commit other infractions related to solid waste.

“The challenge with that is that you have to have something to fall back on,” Smith said. “The Sheriff’s Office has to have something to go out there to speak with them, or, if it’s the pleasure of the board to have an enforcement officer, that’s something that has been discussed. They need to have the actual penalties outlined.”

Smith said the county has contacted the NCDOT to come take a look at the Magnolia School Road area, which has a high amount of roadside debris. She said the county doesn’t have employees who clean up litter at right-of-ways.

Smith added that some people have had issues with illegal dumping happening on their private property.

The Solid Waste Department has looked at other counties’ ordinances to see what their penalties are, including criminal and civil infractions.

“Some of them are very vague,” Smith said. “Some of them have some very high fines, and then in my opinion some of them have very low fines, which would not be a deterrent to the action we’re trying to prevent. What we currently have in our draft ordinance is something in the middle.”

The commissioners discussed how many strikes should be included in the ordinance — whether it’s a three-strike system or something less forgiving.

Smith told the commissioners that it will be easier for them to discuss a strike system once they see the complete list of offenses.