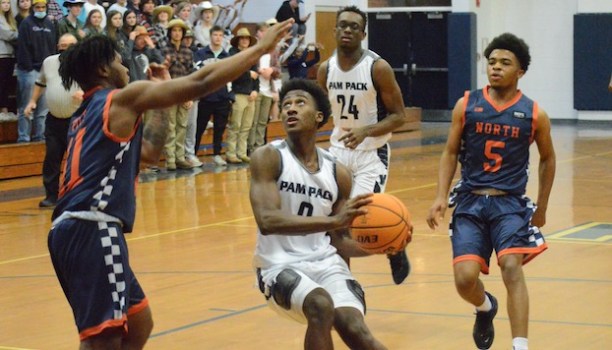 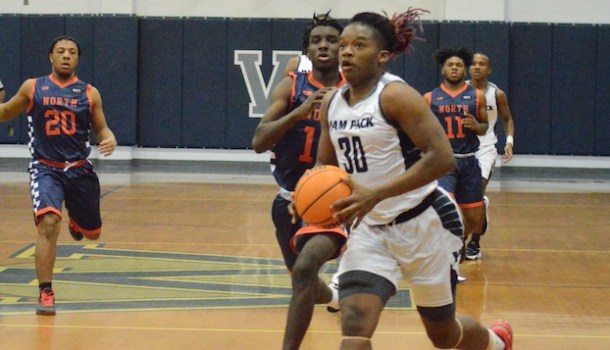 Sophomore Gary Payne scored all 13 of his points in the first half of the Pam Pack’s rout of North Pitt. (Steve Barnes/Washington Daily News) 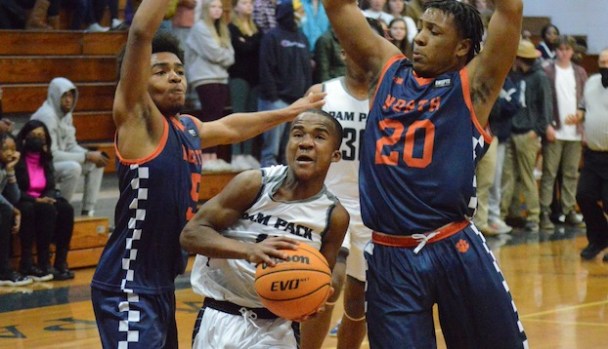 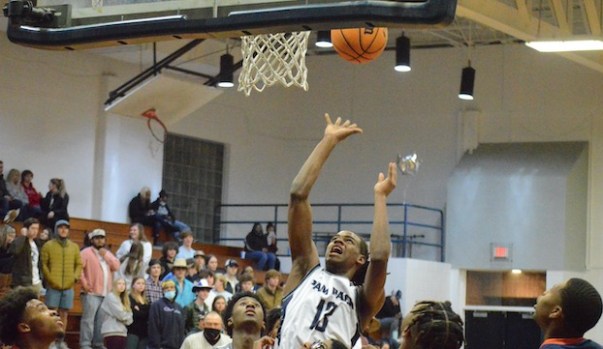 The third-seeded Pack used their height and quickness advantage to jump out to a 17-6 lead as sophomores Gary Payne and Z Perry operated almost at will in the paint.

The score was 40-12 at halftime and the advantage grew to as much as 37 points early in the fourth quarter.

North Pitt junior Devin Crumble, the Panthers leading scorer at 17 points a game, went out in the first minute with a sprained ankle and the Pack took full advantage.

“They don’t have a lot of depth and we just kept running guys out there,” WHS coach David Allewalt said. “I told them in the locker room that the post-season starts tonight and we need to play with a one and done mentality. We played consistently well most of the game and very well in spurts.”

“Everybody played almost equal minutes tonight, which means we should be well-rested for Wednesday,” Allewalt, who started a freshman and four sophomores for the second time in three games, said. “Our young guys are starting to grow up and out depth gives us versatility. You have to give opponents different looks this time of year because everyone watches film. We’ve improved a ton the second half of the season and hope it continues.”

Payne led four players in double figures with 13 points, all in the first half, while Perry and junior Christian Norman had 12. Senior Ashton Woolard added 10.

The EPC championship game is Friday and playoff brackets come out over the weekend.

The Washington girls ended their season with a 57-34 loss at SouthWest Edgecombe in the first round of the EPC tourament. The Pam Pack finished 5-15.