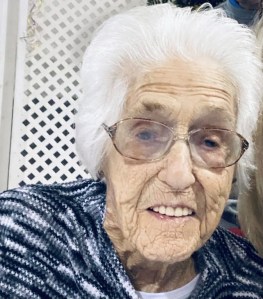 The family  received friends from 1:00 PM to 2:00 PM Friday, February 11, 2022 at Old Ford Church of Christ Sanctuary, 6040 U.S. Highway 17 North, Washington.  A funeral service  followed at 2:00 PM Friday in the sanctuary of the Church.   Burial will follow in Oakdale Cemetery, Washington.

Mrs. Douglas was married to Grady Phillip Douglas, Jr., who preceded her in death.

In addition to her parents and her husband, Mrs. Douglas was preceded in death by a son, Kenneth Augustus Douglas.

The family received friends at other times at the home.

Flowers are appreciated or memorials may be made to the Old Ford Church of Christ,  6040 U.S. Highway 17 North, Washington.

Paul Funeral Home & Crematory in Washington is honored to serve the Douglas family.