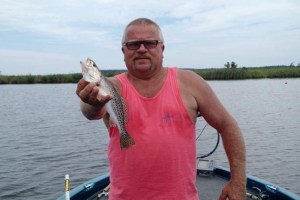 Gerald began his 35-year working career with Gillko, Inc. in 1978 as a junior carpenter.  By the mid 1980’s, he had become a finish carpenter/cabinet maker and progressed to a construction supervisor in the mid 1990’s.  In 1999, he became an officer of the corporation and head construction superintendent.  Gerald started his own construction business in 2014.

Gerald’s love of bass fishing was second only to his love for his family and friends. Over 25 years of tournament bass fishing with Larry Thomas, he won many trophies, cash, and a new Stratos Bass Boat.

Gerald was preceded in death by his father, Tan Dalton Elks and stepson, Matthew Goldberg.

The family will receive friends at other times at the home.

Paul Funeral Home & Crematory in Washington is honored to serve the Elks family.