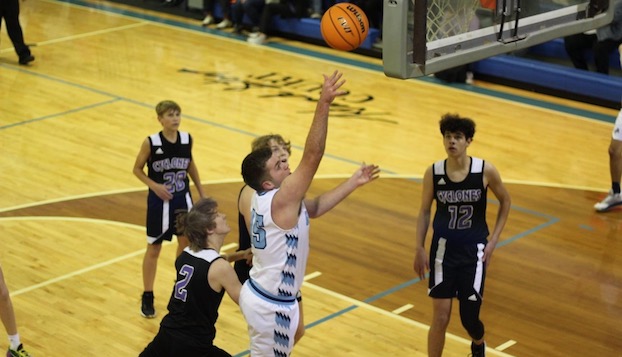 The Pungo Christian Academy and the Terra Ceia Christian School girls are still alive in the North Carolina Independent Schools Athletic Association 1A state basketball tournament, while both schools boys season is over.

PCA, 17-6 and the tournament’s fifth seed will travel to Merry Hill to face fourth-seeded and conference rival Lawrence Academy Saturday after a 51-37 victory over Ridgecroft, while sixth-seeded Terra Ceia defeated Crossroads Christian of Henderson, 52-44 at home. The Lady Knights, 16-6 will go to #3 Wilson Greenfield, 14-8, Saturday.

Abbey Cutler scored 11 of her 13 points in the second half, Ashley Williford added eight and Cora Noble had six to complete the scoring.

On the boys side, #8 Pungo hosted Tar Heel Independent Conference rival, Lawrence Academy, and came up short, 76-75, in the fifth meeting between the two teams this season.

PCA led 31-27 at halftime, despite losing senior captain, Wilson Sawyer to a head injury in the second quarter.

Sophomore post player Drew Van Staalduinen tried to make up for his absence with 16 of his career-high 25 points in the third quarter for a nine point Raider lead into the final quarter.

Lawrence used a full-court press to force several PCA turnovers and made six three-pointers to take a four point lead with 20 second left. Devin Cadle hit a 3 with .7 seconds left to cut the deficit to one, but the Raiders season ended, 76-75.

“We left everything on the court tonight,” coach Logan Van Staalduinen said. “Our guys fought all the way to the end. Losing Wilson Sawyer hurt us significantly. Not only does he average 13 points and 8 rebounds but he is our leader and go-to guy down the stretch. Thankfully he is okay, but that really hurt us tonight. Lawrence played a heck of a game and made some clutch shots down the stretch. It’s been a great season and I am really going to miss this senior class.”

Sawyer finished his career sixth all-time on the Raiders rebounding list. He was just 10 rebounds shy of passing his father Rodney for fifth.

Graduating from the Raiders are Cadle, Sawyer, Jonah Armstrong, Josh Reynolds and Deacon Etheridge. The Raiders return five players, three starters and all but one are sophomores.

The Terra Ceia boys ended their season 8-12 after a 64-48 first round loss at Halifax Academy.

The Knights return all but one player, leading scorer Elijah Shelton.