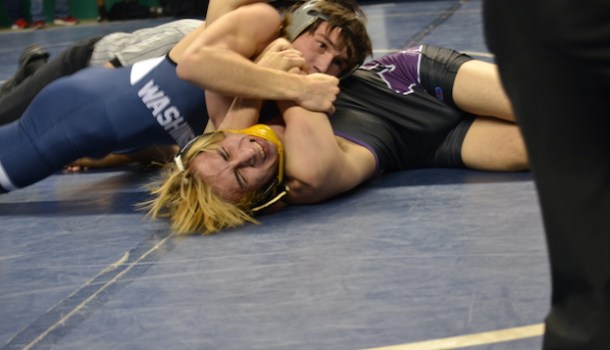 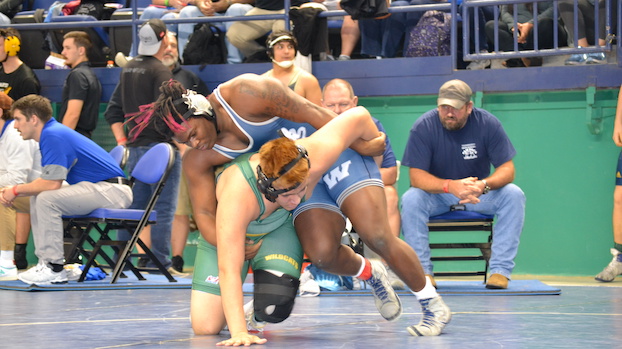 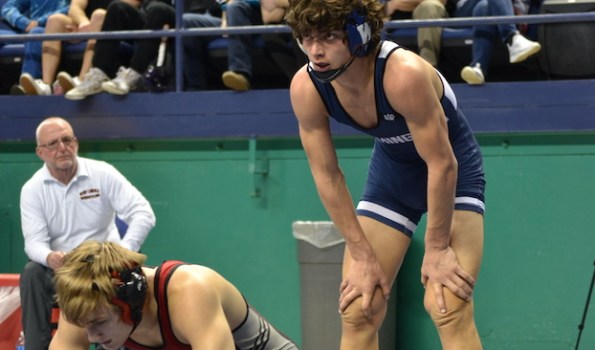 Sophomore Bryant Smith (right) won one of three matches at the state tournament over the weekend. (Kim Campbell/for the Washington Daily News) 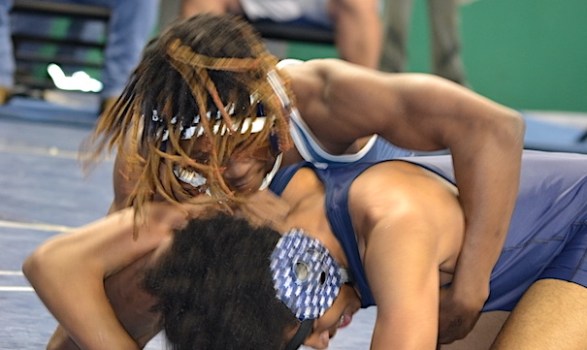 Senior Damarius Langley (top) wrestled in the 132 lb. class at the state tournament over the weekend. (Kim Campbell/for the Washington Daily News) 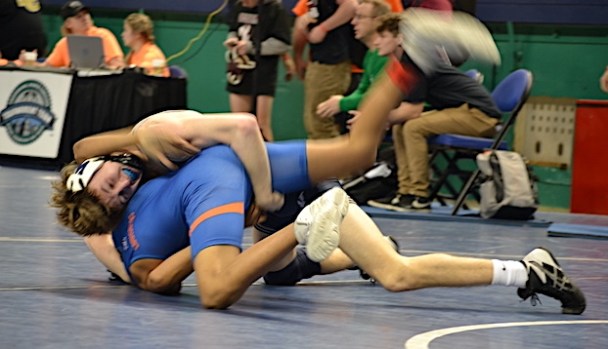 Braxton Woolard (top) battles his opponent in the 2A state tournament iover the weekend. (Kim Campbell/for the Washington Daily News) 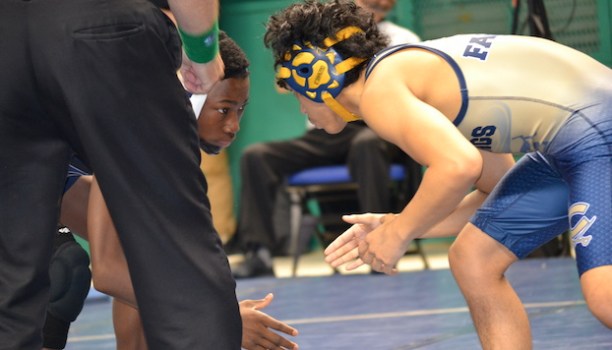 Pam Pack senior Isaac Campbell ended his high school wrestling career with a fifth place finish in the 126 lb. class at the 2A individual state tournament in Greensboro over the weekend.

Campbell missed six weeks with a lower back injury and didn’t return until the dual team state tournament earlier this month. He finished with a flourish, helping the Pack to the third round, winning the individual regional competition and a place on the podium in Greensboro.

“It was great to see him battle back like he did,” coach Chris Penhollow said. “It was tough on him to be out so long, but he hung in there and was ready when he got healthy. He won his first two matches (at state) and we thought he had his guy pinned in the later rounds, but I’m proud of the way he bounced back from his injury and finished strong.”

Freshman Christian Price went 0-2 in the 106 lb. class as did sophomore Braxton Woolard at 113 and senior Damarius Langley at 132.

Sophomore Bryant Smith won one of his three matches at 152, while junior Jonathan Richardson went 1-2 at 220.

“Isaac was really our only guy who knew what to expect, because COVID shifted us to smaller venues last season,” Penhollow said. “It can be overwhelming if you haven’t gone through it before because there’s more people here than usual and there are 10 mats going at one time. It’s hard for some of the first timers to focus and I think that’s what happened to us in a couple of matches.”

Campbell won his first two matches over a West Stanly opponent, 8-5, and 13-7 over a Shelby HS wrestler.

He lost to A West Lincoln opponent who ended up second and a West Stokes grappler who finished fourth.

“It was good to get back into a more normal routine this winter,” Penhollow said. “We had a good senior group and our young guys will come back next year with more experience under their belt.