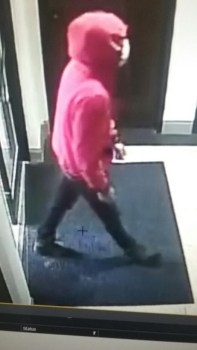 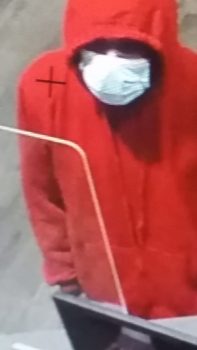 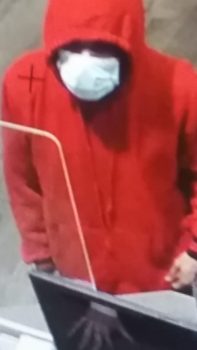 The Washington Police Department is looking for a bank robbery suspect.

According to a press release, officers responded to the United Bank located at 1311 Carolina Ave. at approximately 4:30 p.m. Wednesday. Officers determined the suspect entered the bank and demanded money. The suspect was least seen fleeing the bank on foot with a “minimal” amount of money.

The suspect was described as a white male or a Black male with a light complexion. The suspect stood approximately 6 feet tall and weighed around 180-200 pounds. He was wearing a red hooded sweatshirt, black pants, dark-colored boots and a blue surgical mask.

There were no reported injuries. Anyone with information about this incident is asked to call the Washington Police Department at 252-946-1444.