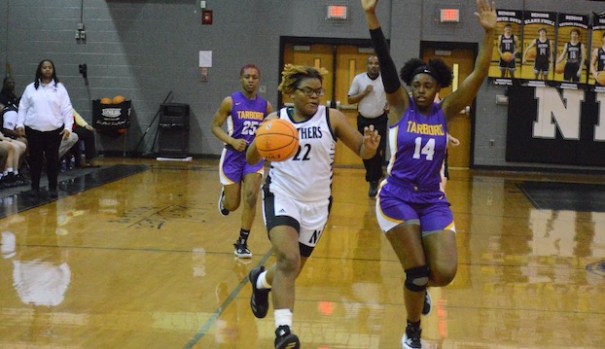 Sophomore Mariah Jones led Northside with 23 points in Thursday’s home victory over Tarboro to advance to the third round of the 1A state playoffs. (Steve Barnes/Washington Daily News) 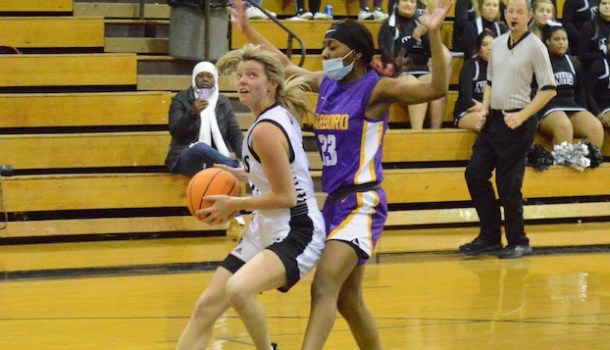 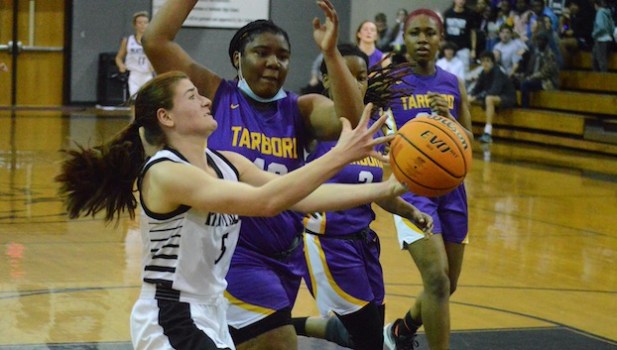 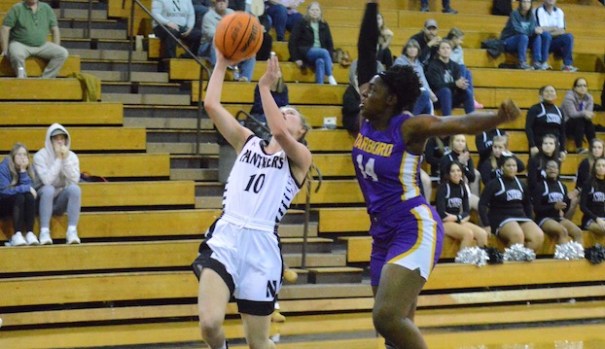 After a Tarboro three-pointer put them ahead 10-7 early in the second quarter, Northside coach Michelle Leathers had seen enough.

After the timeout whistle blew, Leathers emphatically told her team that they needed to improve their game immediately.

Sophomore Mariah Jones promptly drove for a layup, was fouled and made the free throw.

Senior Hensley Jordan followed with a steal and a layup and Jones made another foul shot for a 6-0 run that put the Panthers ahead for good on the way to a 57-38 victory to advance to the 1A state tournament’s third round.

“I just told them to settle down and play our game,” Leathers said. “We got some points off turnovers, started to rebound and moved the ball much better. They listened and executed.”

The Panthers (17-2) still haven’t lost to a 1A opponent, with both coming against 2A conference foe East Carteret, and will host the #12 Clover Garden School of Burlington in Saturday’s third round. The Grizzlies (25-5) knocked off conference rival Chatham Charter, 53-47 on the road Thursday to advance.

Northside took a 24-17 halftime lead against the 13th seeded Vikings, who finished 13-6.

Tarboro closed to within four, but Jones, post player Shyanne Buck and point guard Paige Sawyer led a run that put the Panthers ahead 40-28 after three quarters.

“Paige sees the floor so well and her passes are right on the money for easy layups,” Leathers said. “She’s my coach on the floor and makes sure the ball goes where it needs too. She’s been big for us all year, but really stepped up in the second half.”

Jones led the scoring with 14 of her game-high 23 points in the second half. Buck had nine of her 13 after halftime and grabbed nine rebounds, while Sawyer added 10 points and multiple assists.

“We knew Tarboro would play us tough since they were in our conference until this year,” Leathers said. “They made us earn it and we’ll be ready to go Saturday.”

Meanwhile the Washington High School boys season is over after the #15 Pam Pack lost at #2 Kinston, 69-56 Thursday night. Washington finished the season 15-9 with the majority of the starting lineup returning next season.