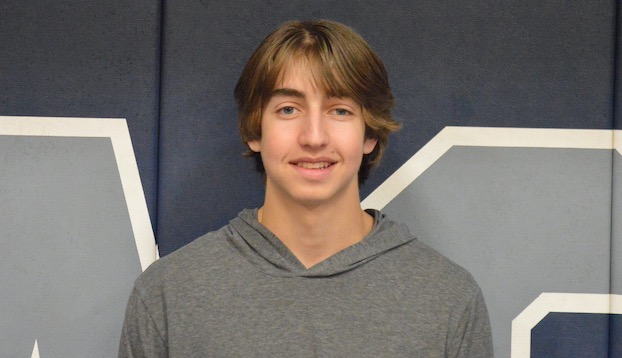 John Hamill is looking forward to his first full season on the diamond for the Pam Pack. (Steve Barnes/Washington Daily News)

Washington High School senior John Hamill is excited about playing a full baseball season after COVID-19 wreaked havoc on spring sports the past two years. The Grimesland native transferred after his freshman year at D.H. Conley and will see action at every position except first base and catcher according to coach Lane Raper.

John: Just being able to play a full season. We were shut down after a couple of games my sophomore year and last year’s season started late and seemed like it lasted a month. It’s already been a lot of fun to have a normal practice schedule and get into a more normal routine. Our team chemistry is really good because we hung out all winter working to prepare.

John: It’s not the answer you hear every day, but I like the pickle plays, otherwise known as rundowns. They involve just about everybody on the field on defense and it’s a challenge to see how few throws it takes to get the guy out.

John: Second base because I like covering a lot of ground. My favorite big league player was Dustin Pedroia until he retired and I watched the way he played second. Boston is my favorite team because of him, but I also like the Braves.

John: I started when I was three because my dad coached my older brother, who was five, and wanted us both on the same team. He coached me until I was 11, then James Molinari, who played at ECU, coached my travel team. They’ve taught me most of what I know about the game.

John: I like to sing and dance. I’m part of a trio with my mom and brother at Proctor Memorial Church in Grimesland and I’m also into rap. My mom is a really good singer, so she got us to try it with her when I was in 8th grade. I also like to dance freestyle to hip-hop music. Sometimes when I’m home, I’ll go in my room, crank up the music and practice my moves.