Jones leads Panthers to fourth round 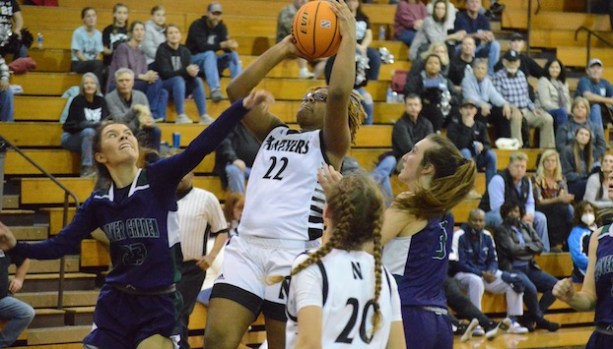 Sophomore Mariah Jones poured in 32 points as the Northside girls advanced to the fourth round of the 1A state tournament. (Steve Barnes/Washington Daily News) 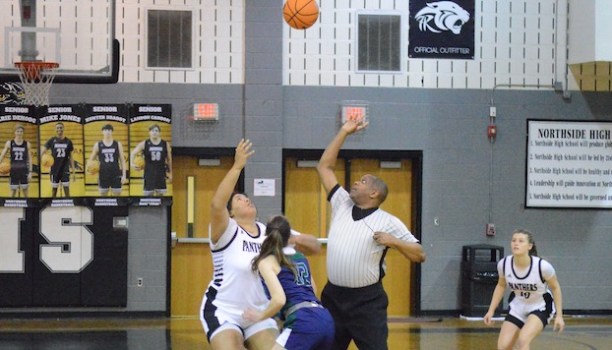 Shyanne Buck won the opening tip and Northside led wire-to wire to defeat Clover Garden Charter of Burlington in the third round of the 1A state playoffs. (Steve Barnes/Washington Daily News) 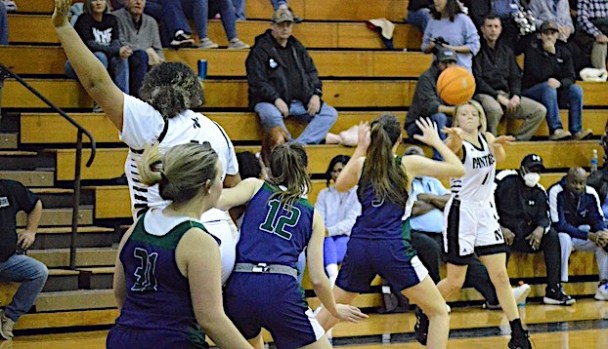 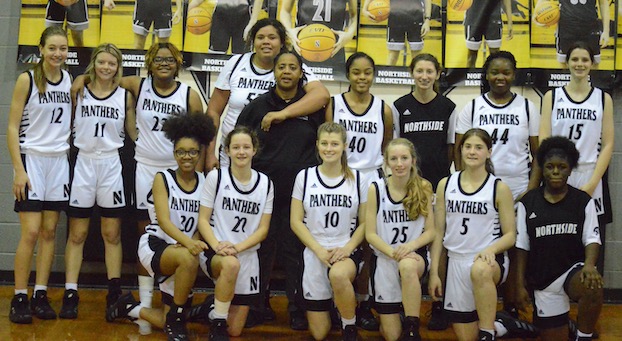 After a slow start in Thursday’s second round victory over Tarboro, fourth-seeded Northside stormed out of the gate on the way to a wire-to-wire, 64-46 victory over #12 Clover Garden Charter of Burlington Saturday night at home.

Sophomore Mariah Jones scored nine of the Panthers first 10 points and finished with a game-high 32 as Northside (18-2) remained undefeated against 1A teams.

The only two losses were to 2A East Carteret in conference action.

“The girls told me before the game that we were not going to start slow again,” coach Michelle Leathers said. “They knew what they had to do and did it. Mimi (Jones) did a great job and we moved the ball around to find open shots. Our balance on offense has been key all year as we have several girls who can score.”

The Grizzlies, (25-6) cut a 12 point halftime deficit to eight, but the Panthers responded with the run to push the advantage to 18 in the third quarter.

Jones led the scoring with 32 points, while senior post player Shyanne Buck had 16 and 11 rebounds.

Northside travels to top-seeded Bertie County (20-4) for Tuesday’s fourth round. The Falcons knocked off #9 Chatham Central, 58-31 Saturday in their closest post-season contest.

“We need to be able to handle their full-court pressure defense, because I know it’s coming.” Leathers said. “They like to go up and down and stay in transition as much as possible. We’ll stay in our routine and be ready to go.”