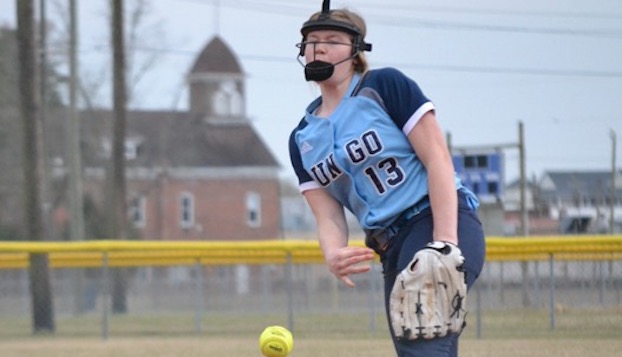 Pungo Christian Academy will play its first girls soccer game in school history Thursday at home against The Epiphany School of New Bern.

Previously, the only spring sport for girls was softball and Athletic Director Logan Van Staalduinen thought there would be enough players for both teams.

“We had 40 girls interested in softball, which is way too many,” he said. “Enough of them also wanted to play soccer, so we formed a team. We’ve had good practices so far and the girls are excited about playing the first match in school history.”

Sophomore forward Katie Baxter is among the most experienced Lady Raiders after her transfer from Christ Covenant School in Winterville. The Washington native made the 1A All-State team last spring and was part of a state runner-up team before her transfer.

“She’s been my coach on the field,” Van Staalduinen said. “She’s been very patient with her teammates as most haven’t played much soccer. Katie appreciates that she gets to keep playing and has been eager to help her teammates improve.”

Conditioning and learning the fundamentals have made up most of the practices so far as Van Staalduinen begins his first year coaching soccer.

“It’s like any other sport in that you need to be in shape and know the techniques to compete,” he said. “We’ve had a lot of fun learning the game so far and are looking forward to the season.”

PCA will play home games at the Union Grove Church of Christ.

Meanwhile, the softball team is geared up for another deep run in the NCISAA playoffs.

She and Rutledge have each made NCISAA All-State honors since the 7th grade. The Lady Raiders are led by ninth-year head coach Leigh Stoop and opened the season at home Tuesday against Community Christian of Wilson.

The baseball Raiders return nine players from last year’s team that went 8- 10 and advanced to the second round of the NCISAA State Playoffs.

They are led by senior SS/P Devin Cadle, who is expected to be their ace on the mound this season. Cadle was TIC All Conference last year along with sophomore INF Bo Spencer. The Raiders are coached this year by Jay Etheridge. PCA finished third in the conference last year behind Lawrence Academy and Ridgecroft School. The Raiders season began Tuesday at home vs Community Christian.