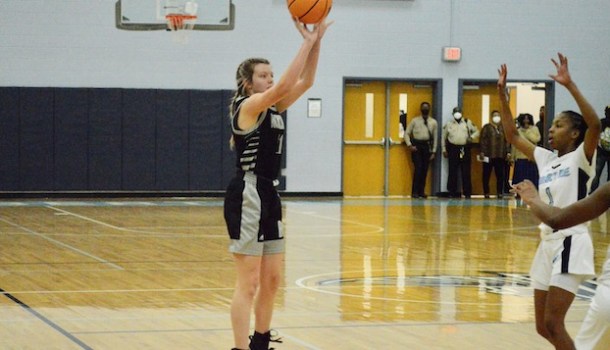 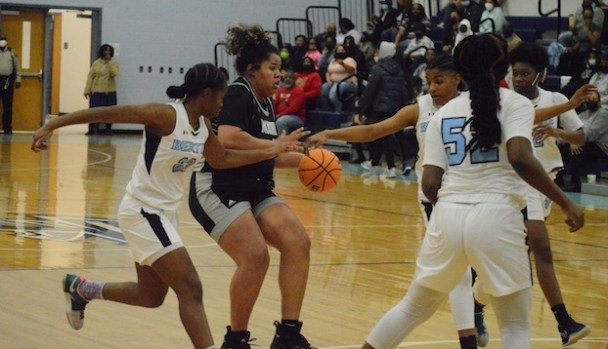 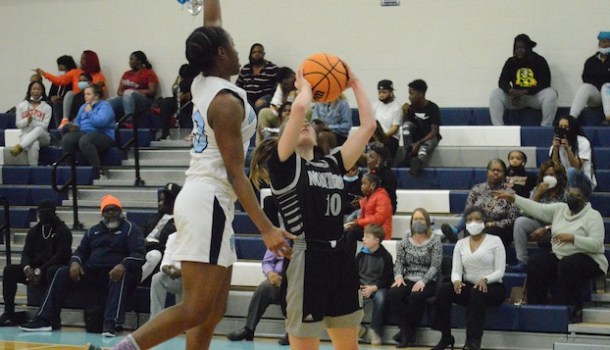 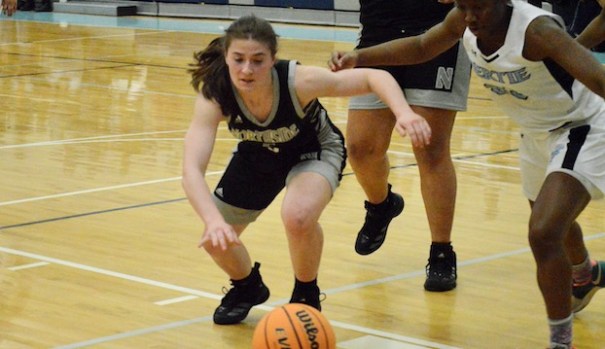 The Northside girls lost to a 1A opponent for the first time all season in Tuesday’s fourth round state tournament defeat, 60-44, at top-seeded Bertie High School Tuesday.

The fourth seeded Panthers (18-3) fell behind 7-0 to start the game and leading scorer Mariah Jones went to the bench with two early fouls.

“We put ourselves in an early hole with foul trouble and turnovers and never dug out,” coach Michelle Leathers said. “Bertie is very athletic and they forced us into turnovers we don’t usually make.”

The Panthers cut the deficit to nine twice in the second half, but the Falcons responded both times to quickly push the lead back into double digits.

“We couldn’t handle their quickness and just didn’t show up in general,” Leathers said. “I’m disappointed for tonight, but we still had a great season.”

Bertie hosts second-seeded Wilson Prep Saturday for the right to advance to the 1A state title game.