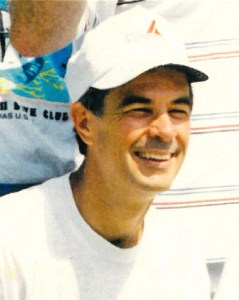 The family received friends from 5:00 PM to 7:00 PM Friday, March 4, 2022, at Wesley Hall at the First United Methodist Church in Washington.

A Celebration of Life will be held at 11:00 AM Saturday, March 5, 2022, in the Sanctuary of the First United Methodist Church, Rev. Ken Hall presiding. Special music provided by Lily Radack of Denver, Colorado.

Mr. Stowe was born in Beaufort County on April 7, 1952. He was the son of the late Guy Beecher Stowe, Jr., and Christine Toler Stowe. Guy graduated from Washington High School in 1970 as a two-sport athlete and number one ranked tennis player for WHS. Guy “Bubba” Stowe then joined the United States Navy and achieved the status of Radioman with top secret US military clearance.  As a Vietnam era naval serviceman, Guy spent time at the naval base in Rota, Spain but longed for his eastern North Carolina home. Upon return he took advantage of the GI Bill, utilizing the transfer classes from Beaufort County Community College to graduate from East Carolina University. Guy was a lifelong member of the First United Methodist Church. He was a member of the Optimist Club and for many years organized the barbecue plate sale that helped fund the Optimist Soccer League.  He was a competitive member of the Washington Racquet Club playing on USTA tennis teams with a multitude of fellow Beaufort County residents who became dear friends. During his decades of playing tennis many acknowledged his skill set as among the best in eastern North Carolina. Guy served as a mortgage loan officer throughout his career. Often total strangers would tell his family members that during the home purchasing process Guy treated them with the utmost respect and kindness.

Mr. Stowe was married to the former Carol Sue Smith, who survives.

In addition to his parents, Bubba was preceded in death by a sister, Deborah Ann Stowe when he was only ten years of age.  The loss of his sister, who was 12 at the time of her death, impacted Guy in ways we can never fully grasp.

In lieu of flowers, memorials may be made to the Dementia Alliance of North Carolina, Washington High School Athletic Club-PO Box 456, Washington NC 27889, or First United Methodist Church.

Paul Funeral Home & Crematory in Washington is honored to serve the Stowe family.