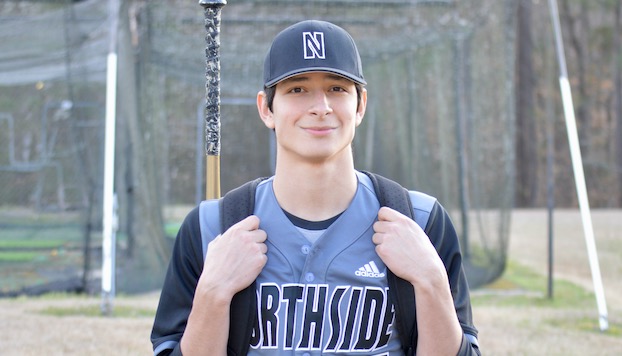 Fortino Beltran started at slot receiver and defensive back for the Panthers football team, was a guard in basketball and now patrols the baseball outfield. The Engelhard native talks about his busy senior year and how things have changed since his transfer from Pungo Christian Academy.

Fortino: There’s more than one. You have to make faster decisions when running the ball. You can’t just get to the outside and outrun the defense. The defenses are physically tougher, so I had to raise my game also. It was a big challenge and more fun to play against tougher competition.

Fortino It’s the best decision of my young life. I spent my first two years at Mattamuskeet HS, then went to Pungo because Mattamuskeet wasn’t going to have a football team. I had great support from my teachers and coaches at PCA, but this year has been really fun. Northside is full of great people. My teammates in all three sports have been great and we all push each other to get better. Nobody is skipping reps in the weight room and everyone is very positive.

Fortino: Beating Southside twice in football. Even though I’m new to the rivalry, I learned fast that keeping the Anchor Bowl trophy here is a big deal. The whole school was excited after we won and it was also fun beating them in the playoffs.

Fortino: Art with Ms. Woolard. I’m pretty good at drawing and she encourages us to use a free range of creativity. She says there is no best way to draw, just be as creative as you can.

Bonus question: What are your plans after graduation?