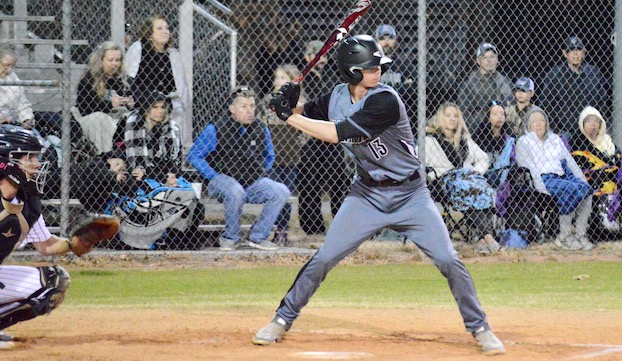 The Northside Panthers baseball team is off to a 3-1 start after a 14-8 victory at Washington this week.

Brandon Arthur leads the offense with a .615 average with eight runs batted in. Mitch Godley is batting .500, Eli Huynh is hitting .467 with eight RBI and 11 runs scored and Kiefer Boyd is averaging .471 with seven RBI.

“We are swinging the bats well and using our speed to put pressure on the opposing defense,” coach Keith Boyd said. “We’ve played small ball so far with some bunting, stealing and taking the extra base to set up more scoring chances. The pitching is still working itself out, but we’ve done well so far.”

On the softball diamond, the Pam Pack is 4-0 going into Friday’s showdown with 4A power D.H. Conley.

The Pungo Christian Lady Raiders are 3-0 after easy victories over Community Christian (19-1), Parrott Academy (12-5) and Wilson Christian (10-0) to open the season.

Junior Reagan Stoop picked up the pitching win in all three games, went 4-5 and homered twice. Melanie Rutledge went 2-3 with a double and a triple against Wilson Christian.

Northside is 2-2 and will host the rematch with Washington Tuesday. Southside routed Tarboro, 18-1, to open the season, then lost to Riverside to start 1-1.

The Panthers golf team took first and second in Thursday’s match at Mattamuskeet. David Wallace led the A team with a nine hole total of 46, while Wyatt Berry shot 49. Senior Matthew Carter led the B team with a 53.

The Pam Pack golfers are 2-1, with a 71 stroke win at Cutter Creek to open the season and a 60 shot victory in New Bern earlier this week. The loss was at the Washington Yacht & Country Club by 10 strokes to Beddingfield, who won last year’s regional.

Rob Bergevin was the medalist in all three matches with a 73, 71 and an 81 in the wind at New Bern.