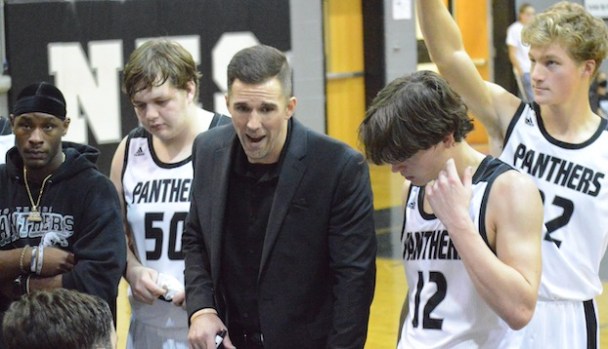 Northside boys coach Jared Adams chose only one top seed in his final four, but stayed with it all the way. (Steve Barnes/Washington Daily News) 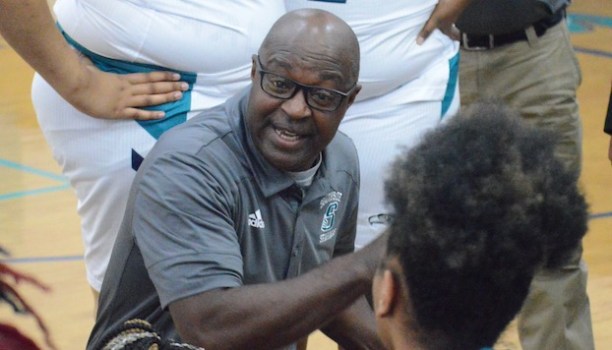 If past performances are any indicator, at least four of the top 16 seeds won’t survive and only two top seeds will make it to the Final Four. We asked the county high school basketball coaches to pick their final four and national champion.

Jared Adams-Northside boys: 8th seeded North Carolina, #7 Michigan State, #2 Villanova and #1 Kansas. I think Carolina will shoot the ball better than they did in the ACC tournament and improve their transition game. Michigan St. is a solid program with a good tournament history and Villanova’s four out motion offense is tough to stop. Their guards move well off the ball and they are very well coached. I am picking Kansas to go all the way because they are scary in their offensive transition. They can go on a 10 point run at any moment.

David Allewalt-Washington boys: #1 Gonzaga, #1 Arizona, #2 Kentucky and #1 Kansas. “It’s a unique year in college basketball because of the extra year of eligibility and the transfer portal. There are young teams, older teams and now even older teams. Coach Calipari is used to having a very young team, but this year he has the oldest, most experienced team he’s had at Kentucky. Gonzaga has been knocking on the door for years and is well overdue. They play with high energy and are very well-coached. Kansas is one of the most successful programs all-time. They are healthy and primed to make a push. Arizona’s first-year coach came from Gonzaga, they are well-balanced and play with a ton of confidence. I think Kentucky’s experience and solid defense will prevail over Gonzaga and Arizona’s size and guard play will be too much for Kansas. Arizona-Kentucky will be a rematch of the ’97 title game when Mike Bibby and Myles Simon upset top-ranked Kentucky. Not so this time. Experience and coaching leads to Kentucky cutting down the nets.

Milton Ruffin-Southside girls: #2 Duke, #2 Kentucky, #1 Arizona and #1 Kansas. I’m picking Duke to win the national championship because the players have a chip on their shoulder from disappointing Coach K in his final home game and in the ACC tournament final. They want to bounce back and send him out with another NCAA tournament title.

Will Tyson-Washington girls: #1 Gonzaga, #1 Arizona, #4 UCLA and #2 Auburn. When looking at the bracket I feel like Arizona is going to walk away with the championship this year.  In the past the final four teams are usually comprised of two factors, total offense and scoring defense.  When looking at the brackets these four teams are listed in the top of those two categories with Arizona having the slight edge when it comes to their defense.  2022 Champs Arizona Wildcats over Gonzaga in the title game.

Logan Van Staalduinen-Pungo Christian Academy boys: #1 Gonzaga, #2 Kentucky, #2 Villanova and #2 Auburn. I chose these teams because I think they have great rosters paired with great coaches. All four can defend and rebound. They all have versatile ways to attack you offensively with each team having multiple threats. It will be a great tournament to watch and I’m picking Gonzaga to win it all.