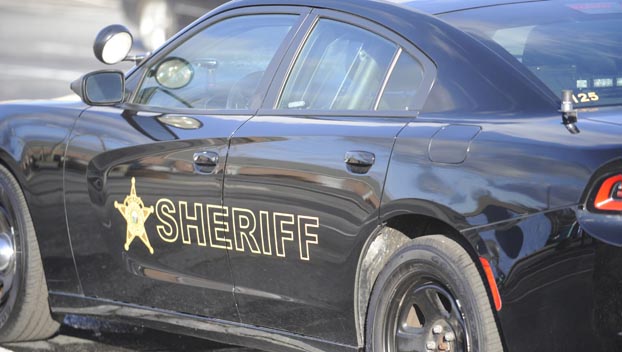 A $175,000 settlement was reached in late 2021 between the parties involved in a lawsuit filed by former Beaufort County Sheriff’s Office Cpl. Michael Sheppard against the Sheriff’s Office.

Franks alleged in his lawsuit “while employed with the Beaufort County Sheriff’s Office, plaintiff was subjected to a pervasive, hostile, abusive, racist and unsafe work conditions.”

Sheppard alleged in his lawsuit that he was “retaliated against and terminated for reporting that a co-worker (Franks) was being called racist names.”

According to court documents, the BCSO defense counsel notified Deputy Clerk of Court Bobby Horton that the parties had reached a settlement. U.S. Magistrate Judge James E. Gates then sent out an email to both counsels, congratulating them on settling the case. But soon after, the BCSO defense team informed Gates that they decided to try the case rather than proceed with the settlement.

At an evidentiary hearing on Oct. 19, 2021, Patrick Spaugh, one of Coleman’s attorneys, spoke about what happened after a settlement discussion on Friday, April 16, 2021.

“At the conclusion of the settlement conference on Friday, we left open the offer through the weekend,” Spaugh said. “Judge Gates ordered the parties to inform the Court on status of the negotiations by the close of business on Monday. The parties had not had many communications at that point. There had not been much progress at that point and therefore the parties did not provide a notice to the court, but they had not also definitively decided to walk away from further discussions.”

“What was the offer that was open on Friday?” Dever asked.

“$150,000,” Spaugh responded, noting that it would include the “dismissal of all claims, release, confidentiality, anything else that was going to be included within a written memorandum.”

Spaugh said Charles Clemons, one of Sheppard’s attorneys, called him after the settlement conference and “expressed concern” that a settlement hadn’t been reached, but was optimistic about a resolution if talks continued and implied that a deal could “potentially get done for somewhere around $200,000.”

Spaugh told Clemons that the BCSO counsel was holding firm at $150,000.

Spaugh said Sheppard’s counsel eventually informed him officially that Sheppard would take a $200,000 settlement. The BCSO counsel countered with a $175,000 offer.

Spaugh said he hadn’t spoken to Sheriff Ernie Coleman the morning prior to putting the $175,000 offer on the table, but he had spoken with and received clearance from Virgil Hollingsworth, an attorney for the North Carolina Association of County Commissioners insurance pool from which the settlement money would be drawn.

Both parties confirmed that Harry M. Daniels, an attorney for Sheppard, called Spaugh on April 20 and verbally announced that Sheppard would accept the $175,000 settlement.

Spaugh confirmed that he notified the clerk that a settlement had been reached, adding that he should have indicated in that announcement that the settlement was “tentative.”

Spaugh later informed Sheppard’s counsel that Coleman did not want to proceed with the settlement.

“When I said (Coleman) had decided not to proceed  with the settlement, that wasn’t intended to reflect that there had been a changing of the minds whatsoever,” Spaugh said. “It was intended to reflect only that he had made the only decision that he’d ever made and that was that he did not want to settle.”

The insurance pool has the sole authority to settle cases on the sheriff’s behalf, Spaugh noted, but they do take into account the insured’s “interest and desires.”

Spaugh later explicitly confirmed that Coleman never directly authorized him to make the $175,000, but indicated that he did have clearance to negotiate.

Dever asked Spaugh if he understood that, if the insurance company had directed him to make the $175,000 offer, he didn’t need Coleman’s approval to execute it.

“Correct,” Spaugh said. “However, I represent the sheriff and not the insurer.”

Coleman was asked to confirm that he was unaware an offer was made during the settlement conference.

“That’s correct,” Coleman said. “In that meeting I was told to be here and attorney told me this is mandatory — and that we must put money on the table back and forth. And all I asked was why. On a case like this, why don’t we go to trial? And they said, well, this is ordered and it’s ordered from the magistrate judge and we got to put money on the table.”

Coleman again confirmed that he knew negotiations were ongoing but wasn’t aware that an offer was on the table. Coleman said he found out about the $175,000 weeks later via a printed-out email presented to him by Chief Deputy Charlie Rose.

After some more discussion about the proceedings, Dever said he was preparing to writew up his findings and conclusions.

He eventually granted the plaintiff’s motion to enforce the settlement agreement,

“In light of the litigation over the motion to enforce, the court declines to enforce a

confidentiality provision and instead enforces only the following terms from the settlement agreement: (1) the insurance pool shall pay $175,000 to Sheppard (through counsel); (2) the parties shall file a stipulation of dismissal with prejudice pursuant to Federal Rule of Civil Procedure 41 (a)(l ); and (3) Sheppard shall release Coleman, the Beaufort County Sheriff’s Office, and all other defendants from any and all claims arising from the circumstances that prompted this action,” Dever’s final ruling reads.

Within his final order, Dever wrote: “At the evidentiary hearing, Spaugh testified that on April .16, 2021, Coleman authorized him to offer $150,000 as part of negotiations at the court-hosted settlement conference. Coleman, in direct contradiction, testified that no one ever told him that $150,000 was the amount being offered at that settlement conference. The court finds Coleman’s testimony not credible and credits Spaugh’s testimony.”