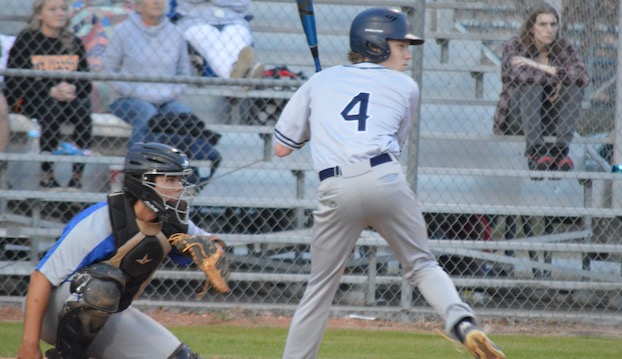 The Pam Pack baseball team won its third straight game, 6-5, over undefeated West Craven at home Tuesday. Second baseman Connor Edwards (above) picked up the first hit all year off West Craven lefty Nick Bruno, who had struck out 36 batters in 13 innings entering the game. He fanned four in three innings, but gave up a pair of hits and four walks.

Washington’s winning run scored on a balk in the bottom of the sixth. Edwards earned the save in relief of John Hamill, who pitched six innings for the win. Zac Lilly, Hayes Pippin and Reid Apple had the Pack’s other hits. (Steve Barnes/Washington Daily News)