Marcus Freeman’s week-old son has already watched his first basketball game and has probably heard stories of his dad’s experience in the NCAA tournament.

The 6’8 Freeman has been on paternity leave from his job as the 6th and 7th grade Exceptional Children’s teacher for Math at P.S. Jones Middle School, and part of the bonding time with his newborn has been spent watching March Madness.

“I had several options out of Louisburg, but my visit went really well and I couldn’t turn down the beach,” Freeman said. “(Assistant coach) Benny Moss called me from the locker room right before they played Virginia in the tournament the year before and I was really impressed that he took time away before a big game just to make sure I was watching.”

Freeman was part of successful programs at Riverside and Louisburg and was excited to get a shot at the Big Dance under veteran coach Cliff Ellis.

“We knew we were in because we beat Winthrop to win the Big South tournament and the automatic bid,” he said. “Fans and students gathered at our gym to watch the selection show and we went crazy when our name was called. It was really exciting even though we were the 16th seed and had to play (#1) Wisconsin.”

The team left on a Wednesday for Friday’s game in Omaha, NE. and Freeman said it hit him that he was about to appear in an event he had watched on television since he could remember.

“We stayed in a very nice hotel and there was all this tournament gear waiting for us in our rooms,” he said. “There were a lot of fans in the building when we went through our open practice and walk through. I soaked it in as much as I could and it was tough to focus at times.”

Wisconsin prevailed, 86-72, and advanced to the national title game, where they lost to Duke.

Freeman was the first man off the bench and scored seven points with four rebounds in 18 minutes.

“I remember sitting at the scorer’s table waiting to go in for the first time and I was so excited,” Freeman said. “It was like a reward for working hard and it was so much fun.”

Freeman graduated with a communications degree and a minor in sociology. He returned to Williamston after overseas playing options dried up and thought about his future.

“I was working as a behavioral mentor to four kids at Riverside and a couple of my former teachers encouraged me to get my certification to go full-time,” Freeman said.  “I did and my first job was here at P.S. Jones.”

He says his young players and students know about his playing days from social media and ask him about it a lot, particularly this time of year.

“They look at me as a role model and I tell them they can work hard just like I did,” Freeman said. “I’m about teaching fundamentals and laying a foundation for success. I enjoy teaching and coaching at the middle school level and hopefully the kids see big things are possible.” 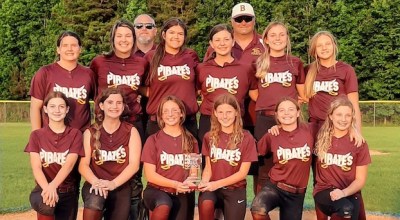