The man behind Bath’s highway signs 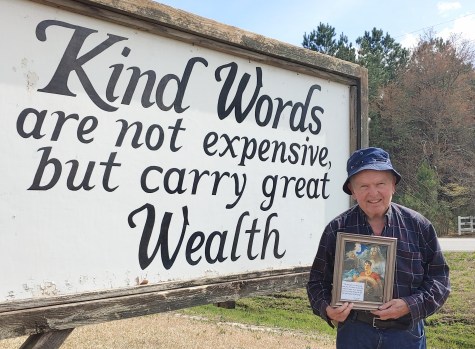 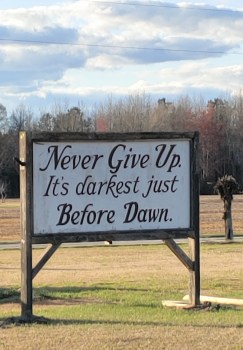 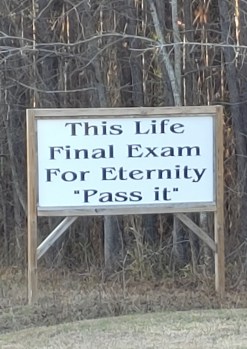 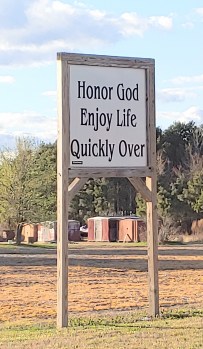 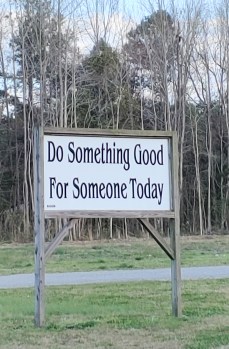 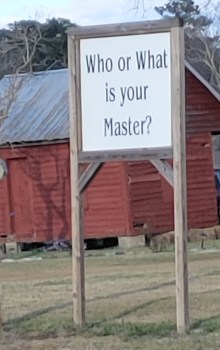 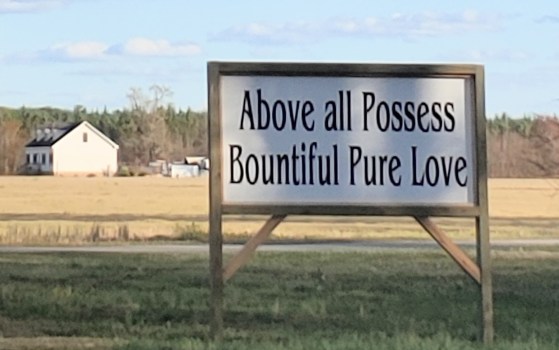 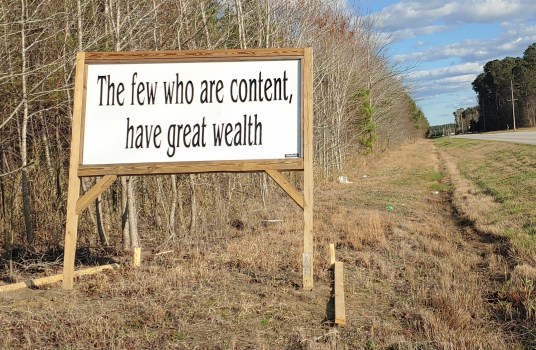 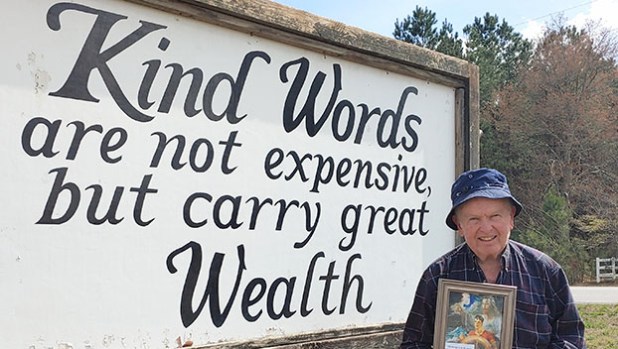 HEAVEN-SENT ENCOURAGEMENT Billy Gurganus holds his copy of “Christ Our Pilot”, the picture that his mother-in-law gave him just before she died. That gift eventually inspired the outreach efforts that have included encouraging “10-word sermons”, full size billboards in several Beaufort County locations, and the rustic signs along Route 92 that Gurganus hopes will encourage people to trust Jesus and never give up, no matter what they are going through.

Billy Gurganus says his life changed the day his mother-in-law gave him her treasured print of “Christ Our Pilot”,  a well known image of Jesus reassuringly standing behind a young man at the helm of a ship being tossed in a violent storm. “She gave it to me just before she died, more than 20 years ago, because she knew how much I loved that image,” Gurganus said, adding that it calmed his heart whenever he saw it.

Gurganus, who is a lifelong resident of Bath, got the chance to experience the kind of divine guidance portrayed in that painting during a stormy and life-changing family challenge. The effect of that painful – and very private – process brought him out of a life of shyness when he decided to share the emotional support given to him by God, though family members and friends, during that time.

He began to share copies of “Christ Our Pilot” with people he knew who were going through emotional struggles, attaching a tiny card to each print, reminding recipients that the painting’s message “is on the young man’s face. He shows no fear, only comfort, peace, trust, security… never alone because he has the right backer all the way.”

Gurganus didn’t stop there, eventually becoming a “regular” at a local print shop, ordering cards with “10 word sermons” of encouragement that he gave to anyone whose facial expression touched his heart. “He was on a mission. He had something he wanted to do. I remember telling him he was gonna do a sign… and share his sayings with as many people as he could,” said Erica Ormand, who is that former print shop clerk.

Gurganus’ messages have become quite visible for anyone traveling portion of Route 92 that connects to Route 264. Friends and family members who contribute to the costs have helped Gurganus create seven rustic signs, each with a different message.  “That’s my calling,” he said of the unique outreach. “There are so many hurting, lonely people that need something to uplift them. I believe God gives me the words. I’m paraphrasing scripture, delivering a gentle message so it doesn’t feel like I’m shoving religion down their throats… because I’m not.”

Gurganus almost refused to be quoted about the signs and their effects, preferring to direct readers’ attention heavenward. He said the love of Jesus is the reason he has become the person he is – which his niece, Belinda Edwards, describes as “a blessing to others (for whom) there isn’t a moment in the day when he isn’t thinking about some way to help or encourage someone else.”  That evaluation was echoed for several hundred people at Bath Elementary School, where Assistant Principal Jennifer Cornelius quoted her favorite sign –  “Look Beyond The Moment…Consequences Follow” – during last year’s eighth grade promotion ceremony. “I thought it would resonate with them and be helpful for them as they grow up. I read most of those signs every day. They help me set my day… (and) give me something to think about as I go through the day, to be a positive impact concerning my faith.” 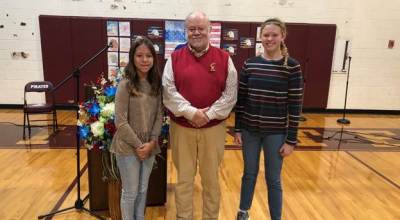 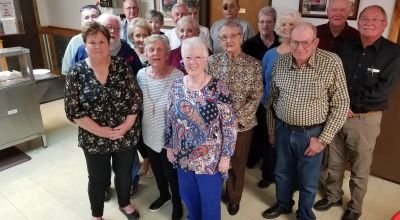