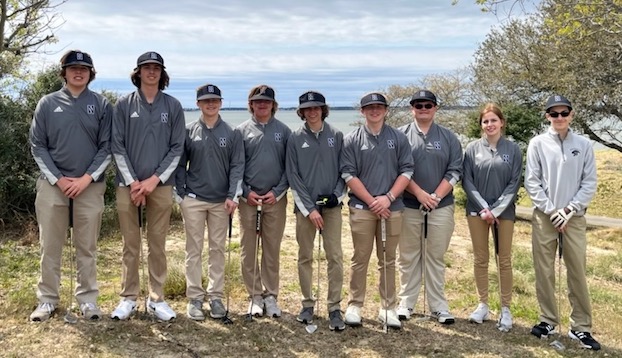 Northside’s golf team picked up a pair of tournament victories Monday at the Washington Yacht & Country Club and Wednesday on the Outer Banks.

Monday, David Wallace took medalist honors with a 44 as the Panthers finished ahead of East Carteret, Southside, Pamlico County and Lejeune in the conference match.

“David’s short game has improved tremendously,” coach Jared Adams said. “He chipped the ball very well, which led to easier putts. His drives have improved also and we are still making adjustments. Everyone has improved since the season started and it seems like we have a different person step up every match.”

Southside’s Gabe Matthews finished one shot behind Wallace with a 45. Caleb Dixon shot 52, Ty Cole had a 57 and Josh Houston had a 59.

The Panthers followed with another win on the Outer Banks as Max Vansant and Wyatt Berry tied for medalist honors with 95’s.