PCA has perfect week on the diamond 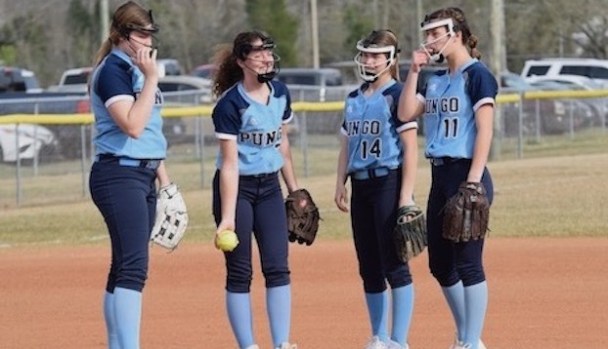 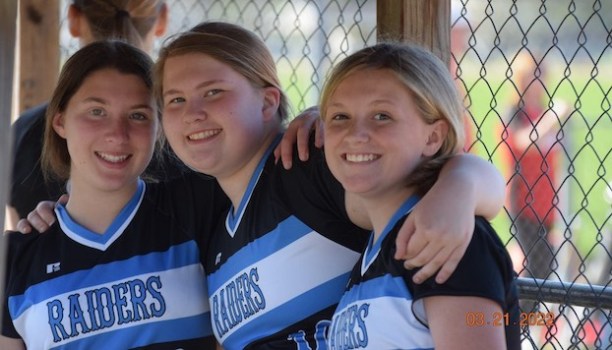 From left: Freshmen Kloie Bowie, Anna Stoop, and Madison Prince ham it up in the dugout. (Submitted photo)

The Pungo Christian Academy softball team won both games this week and the baseball team prevailed in its only contest.

Tuesday, the Lady Raiders beat Ridgecroft, 8-0, in Ahoskie. Abbey Cutler was 1-3 with a double, while Melanie Rutledge was 1-3 with a triple. Reagan Stoop went 2-3 and fanned nine batters in six innings for the pitching victory. Freshman Anna Stoop threw the seventh inning without giving up a run.

PCA picked up a home win, 6-0, over the Albemarle School of Elizabeth City Wednesday to raise their record to 4-0 in the Tar Heel Independent Conference and 8-0 overall.

Reese Blackman, Kelley Wiliford, Lily Keech, and Reagan Stoop all had one hit, while Stoop had 12 strikeouts to get the pitching victory.

The baseball Raiders banged out 13 hits and scored six runs in the first inning on the way to a 15-8 victory over the Albemarle school in their only game of the week.

All 10 Raiders who saw action had a least one hit and scored a run.

Sophomore Bo Spencer had two hits and a pair of runs batted in, while classman Drew Van Staalduinen had two hits, including a triple and an RBI. Freshman Evan Woolard went 2-3 with three RBI.

Deacon Ethridge, Devin Cadle and Woolard combined for 10 strikeouts on the mound as the Raiders won their second straight to go 2-0 in the conference and 4-4 overall.