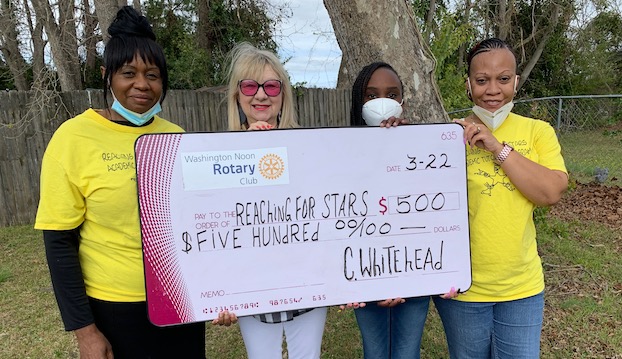 Edreira outlined the goals and challenges confronting the Boys and Girls Club while thanking Noon Rotarians for their past financial support.

Reaching for the Stars After School program targets academic improvement and remediation activities for students who may face academic challenges in the classroom.

The Washington Noon Rotary Club is also preparing to staff the beer tent during the April 16th Drifters Concert at the Washington-Warren Airport and also invites the public to purchase tickets to the Friday, April 29th Reverse Raffle fundraiser at the Washington Country Club.

Become a “difference maker” in Beaufort County and “Serve to Change Lives” by joining the Washington Noon Rotary Club. Contact Dot Moate at 252-975-6309.