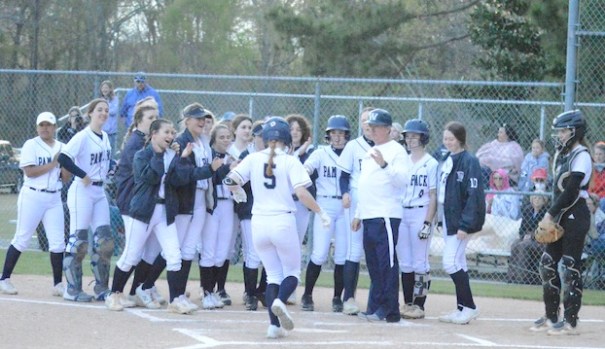 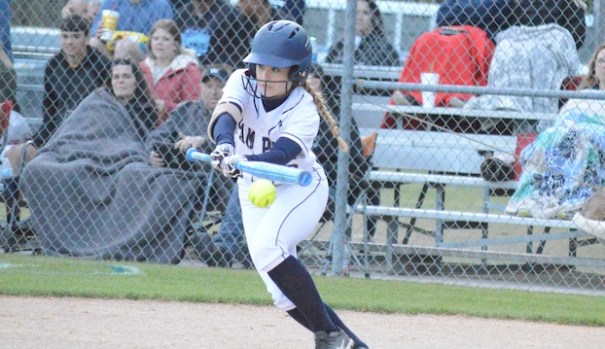 Laci Campbell laid down a perfect bunt for a base hit Monday night against Croatan. (Steve Barnes/Washington Daily News) 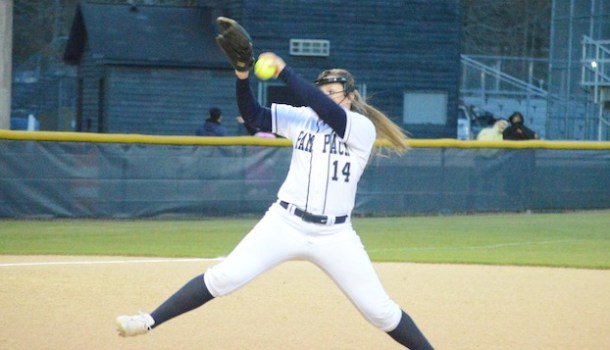 Emma Orr struck out six of the nine batters she faced to begin a combined no-hitter Monday against Croatan. (Steve Barnes/Washington Daily News) 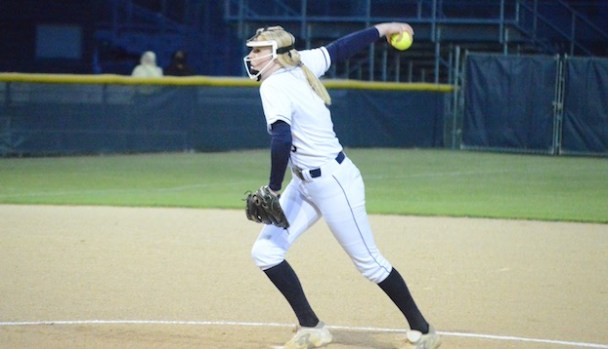 Erin Everett struck out the side in the final inning to complete a combined no-hitter against Croatan. (Steve Barnes/Washington Daily News) 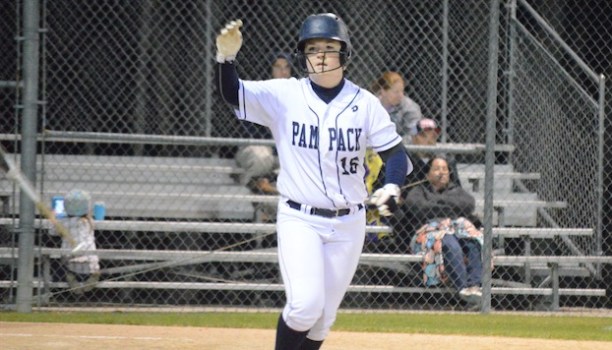 Freshman Emma Harris heads to first base after a walk during Monday’s home game against Croatan. (Steve Barnes/Washington Daily News)

Halfway through the Washington High School girls softball season, the Pack Pam seem to be clicking on all cylinders.

Junior shortstop Ava Shea Mizell started the game with a home run to straight-away center field and the Pack sent 10 batters to the plate in a six run first inning outburst.

Orr walked the first batter she faced, but freshman catcher Addison Miller picked her off first base. Orr proceeded to fan the next two batters, all three in the second inning and one in the third, then turned it over to Everett, who fanned the side in the fifth for the first no-hitter this season.

“Those two have done very well all season, particularly Emma coming in as a freshman,” coach Brad Horton said. “Erin is comfortable starting or relieving and that gives a lot of flexibility in the circle.”

Everett and Orr struck out 10 of the 17 batters they faced, with a pair of walks.

Washington banged out 15 hits, including Shaelee Crismon’s two-run double down the left field line and Abby Gardner’s RBI single to cap a six-run first inning. Miller added a two-run single to center in the second and the rout was on.

“We have eight players above .300 and that doesn’t happen very often,” Horton said. “There are no breaks for the other pitcher when everybody in our lineup is swinging the bat well. That puts pressure on the defense to make every play and we’ve taken advantage when they haven’t.”

Mizell’s lead-off homer was her third and she’s one of seven players with at least one.

Meanwhile, Orr has struck out 92 batters and 52.2 innings, while Everett has 24 strikeouts in 20 innings, meaning fewer balls in play leading to fewer errors.

“I’ve been pleased that our defense has made plays when they’ve needed to,” Horton said. “We’ve been pushing the post-season since the first day and tightening up the little things that will get us there. We need to work on our bunting and be more consistent in everything we do, but things are headed in the right direction. The girls get along great and always cheer for each other. Going undefeated would be nice, but our goals are to win our conference and make a deep playoff run.”