The real work of Easter 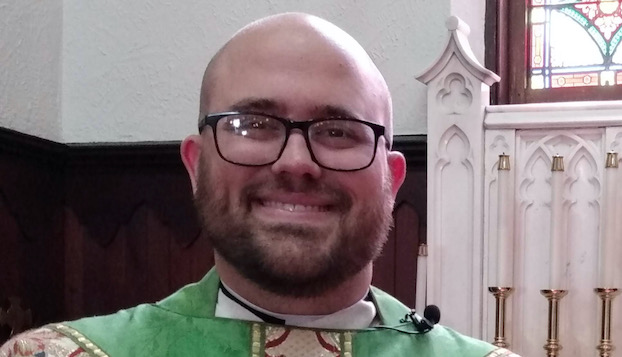 I grew up convinced that I somehow shared personally in the crucifixion of Jesus. At youth group events and summer camps, preachers would whip us into an emotional fervor by having us close our eyes and imagine ourselves holding the hammer and bringing it down upon the nails in Jesus’s hands and feet. Having felt countless times the internal turmoil that this brings about, I can assure you that this is a very effective strategy. It’s also horrific, barbaric, and really misses a significant element of Jesus’s crucifixion.

So often the church only tells one part of the story of Jesus’s crucifixion, the part about a sinful humanity needing to be redeemed through sacrifice. Undeniably, that is a significant element to how the church understands the meaning of Jesus. But when the story of his life is reduced to a purely religious story, we miss something.

To be crucified in 1st century Jerusalem by the Romans was to be publicly identified as an enemy of the state. Roman crucifixion was not the equivalent of a misdemeanor. It was the declaration that one’s life was an offense to Caesar himself. The Roman Empire could not afford to let Jesus live because he represented a threat to their rule. Uprisings had come and gone, but something was different about Jesus and those who followed after him. Even when he was standing before Pilate, having just been tortured, he declared that his Kingdom was of a different order and magnitude than that of the mighty Caesars who, despite their declarations of immortality, all died like the rest of us.

Tomorrow is Palm Sunday, which marks the beginning of Holy Week as the Christians observe those days leading up to Easter. On Palm Sunday, we celebrate Jesus’s triumphant entry into Jerusalem. And it is here that we see the tension between Jesus and empire. For when he rode on that donkey into Jerusalem he was entering as a Caesar might, and the people were responding to him as if he was indeed their Lord and Master. Even the phrase ‘Jesus is Lord’, a common phrase in the 1st century, was an affront to the official declaration that ‘Caesar is Lord.’

Easter, like every holiday grows, more and more commercialized as the years roll on. And I resent that. Not because I fear the loss of a purely spiritual message, like the one that only fixates on the sin and sacrifice. I fear that the revolutionary witness of Jesus is lost, the witness against the empire that put him on that cross. Sometimes people tell me they think church is boring. Most of the time I agree with them. But honestly, it’s pretty exciting to worship a carpenter whose religion of love and forgiveness threatened an entire empire.  May there be always people found alive, those follow Jesus and those who don’t, willing to stand against oppression and injustice.  I think that’s the real work of Easter anyhow.

Chris Adams is the Rector at St. Peter’s Episcopal Church in Washington