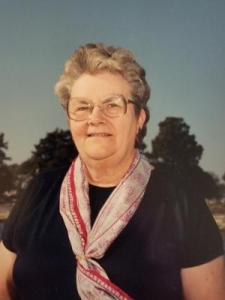 Bertha Foy Williams of Wilmar, N.C., 90, passed peacefully on April 5th. She is survived by her children Marlene(Sam) W. Jones,  Garry D. Williams(and Ruth), Ailene W. Ross(and David), Jolene W. Lang, David E. Williams(and Hannah), daughter-in-law Marsha Williams, 11 grandchildren, 8 great grandchildren and 2 great-great grandchildren, as well as her brother Alden Foy and her sister Lois F. Carter. She was a great mom, friend, sister, daughter, and an amazing cook who doled out bits of advice like “An idea is only as good as the use you put it to!” or “Done is Done!” She will be greatly missed.
She was preceded in death by her parents, Josh and Helen Foy, her husband, Earl B. Williams, her sister Irene F. Turnage, her son, Larry B. Williams and her son-in-law Bill Jones.
An avid reader, who passed her love of reading to her descendants. She attempted to be a good person, every day of her life. Of all the virtues she wrestled with, she said patience was the most difficult to attain.
A memorial service will be held at Haw Branch Church on April 16th at 10 a.m.