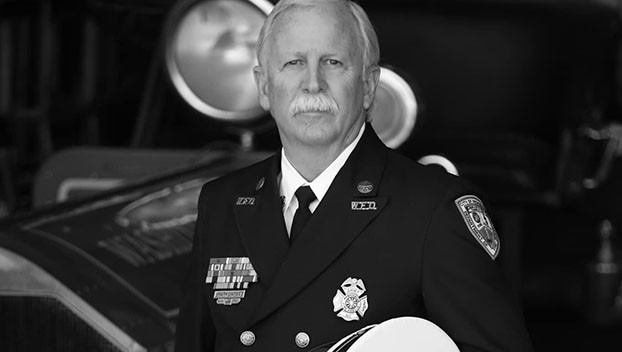 LASTING LEGACY Fire Chief Mark Yates chose not to comment for this article, but acting fire chief R.M. Flowers said this week that anyone who ever served with Yates while he moved up the ranks, from new firefighter to seasoned chief, will share stories about the humor, heroism and humility that have earned Yates the reputation as a fire department legend in Beaufort County. (Bobby Davis photo)

Any member of Washington’s firefighting crews will tell you that when it comes to newly retired fire chief Mark Yates, there is no separation between the ability to create and deliver playful practical jokes during “down time” and conducting the serious business of protecting the town of Washington from anything and everything — including the Covid-19 pandemic.

Yates retired last week after 26 years with the Washington Fire Department, where he has progressed from wet-behind-the-ears rookie to accomplished fire chief. The tributes have not stopped since last week, when they were continuously delivered during his retirement celebration, held at the Civic Center because of the number of people wanting to honor him.

“He’s just ‘that guy’… in sports, they say that an athlete has ‘it’, but nobody knows what ‘it’ really is, what makes an athlete great,” said Stacey Drakeford, who has been police chief for the last 10 years and, as part of his duties as Director of Police and Fire Services, was also Yates’ supervisor. “There is no real description of the term ‘it’ but Chief Yates had that,” Drakeford said. Everybody has a lot of respect for him because he did things out of the goodness of his heart… He leaves a legacy of professionalism, integrity, and service above self.”

Fire department veterans who worked with him had even more to say about the multifaceted character attributes they will always describe when talking about Yates, who chose firefighting as a career after growing up in a family that included volunteer firefighters in and around Beaufort County.

Acting chief R.M. Flowers who rode with Yates for years when both of them were firefighters and emergency medical technicians. He said this week that there was never a time when Yates displayed anything other than a positive attitude in the middle of crisis,  “no matter whether it was a 2 p.m. call or a 2 a.m. call.” That work ethic followed him into the management end of firefighting operations when Yates was promoted to division chief, putting him in charge of operations, training and fire marshal duties, then eventually to chief.

“He was a great cook and a huge  practical joker,” Flowers said, “but totally no-nonsense about the job, very ‘old school.’ He firmly believes in doing the job the way it should be done, and never put up with less.” Flowers called that “fearless leadership” because Yates was responsible for members of a department that’s “small enough so that we knew each others’ families, how their kids were doing in baseball, everything. Yet, when it was necessary he would tell us exactly how it was, which might not be what we wanted to hear but he would tell us what’s right.”

That extended through the Covid-19 pandemic when the issues and dangers of the disease “just punched us in the mouth” Flowers said, adding that Yates separated EMS and firefighting staff between Station One on Market Street and Station Two on West 15th Street, to prevent cross-contamination between the two groups. “Without that decision, our exposure to Covid-19 could have completely removed fire protection from the city of Washington,” Flowers said, adding that the move saved countless lives, and not just in the fire department.

Yates’ work ethic extended to his very last day on the job. “Even after the ceremony at the Civic Center, he came back and stayed till five o’clock. He never took days off. He was always here to deal with whatever came up.” At the end of his interview, Flowers described his goodbye to Yates as a final compliment: “you’re leaving some big shoes to fill, but I’ll do my best to fill them.” That story was interrupted when an EMT call came in over the loudspeakers during Flowers’ interview and, after a fire engine and ambulance left within 60 seconds, Flowers turned to the reporter, nodded, and said “that’s how he taught us to move.” 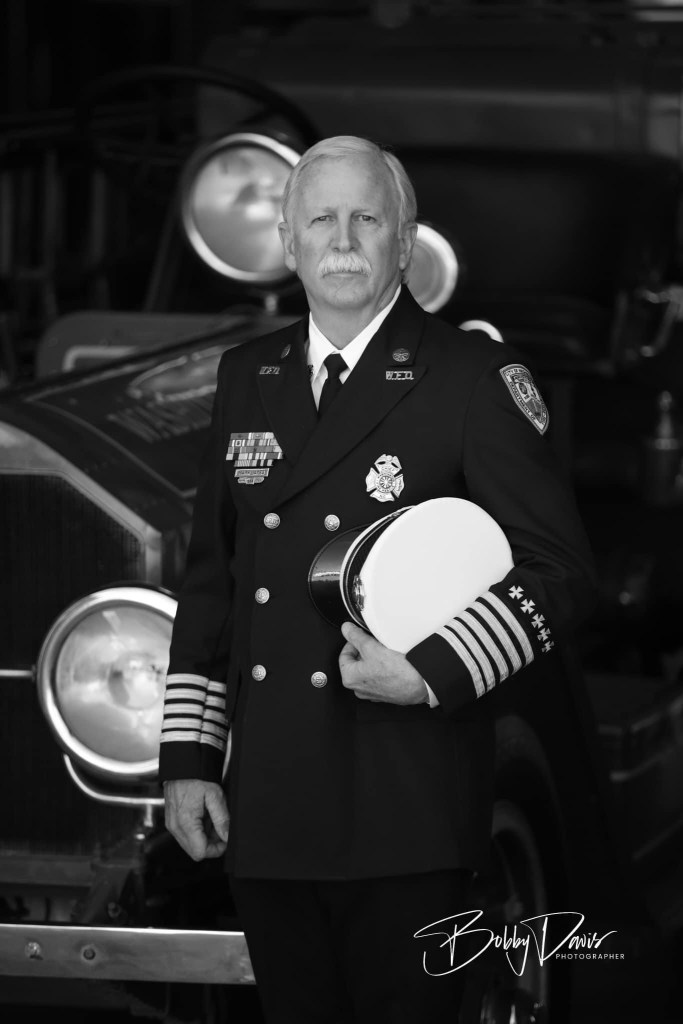