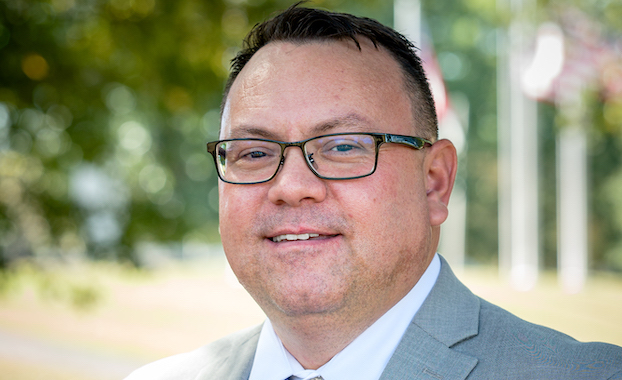 “Martyn gave us enough notice that he was retiring, so we had time to make a smooth transition,” county manager Brian Alligood said. “We think we’ve created a lot of momentum in the seven years he’s been here, and we think Brad is the right person to keep it going.”

Hufford lived in Ayden until he was six, moved to Philadelphia, then graduated from high school in St. Louis while his father was in the military.

He returned to Eastern North Carolina to earn a Bachelor of Arts in History and Political Science and a Master of Public Administration degree with a concentration in economic development from ECU and never left.

“I enjoyed living different places as a kid, but came back home as soon as I could,” he said. “I’ve been a part of several economic development organizations in the region and I thought this job would be a chance to run my own organization at home. I’m very excited to get started.”

Hufford most recently was the Vice President of Business Development for the Greenville ENC Alliance and previously worked in Washington as part of an N.C. Commerce Department eastern outreach program based out of the current Carryout by Chrislyn location on 2nd Street.

“I think my previous experience will shorten my learning curve significantly,” Hufford said.  “I enjoy walking on the waterfront, Bill’s Hot Dogs and King Chicken, so it’s not like I’m coming in without a background. Martyn and I have had a few conversations this week and he’s been a big help getting me up to speed quickly.”

Working with clients to establish, relocate or expand their business within Beaufort County, which leads to expanded employment opportunities, is the Director’s focus, but getting to that point requires everyone involved in the process being on the same page according to Alligood.

“Brad’s background and knowledge of the area really stood out and will be a big help in getting all the different parties to work together to attract prospective employers,” he explained. “Being from here and having the contacts he has is a huge advantage for us.”

Hufford said meeting the county business and company owners along with keeping the development process going will be his first priorities.

“Understanding what business owners need and how I can help them get it is very important,” he said. “Aurora, Belhaven, Chocowinity and Washington have plenty of growth potential, so I plan to hit the ground running.”