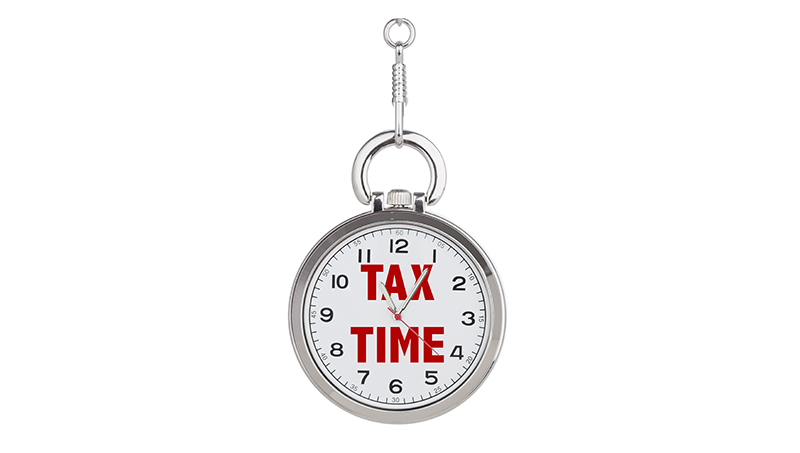 The Internal Revenue Service isn’t receiving many rave reviews from local accountants during this year’s complicated tax preparation season, which has frustrated local residents and tax professionals alike. Accountants county-wide said delays and computer issues have added to the frustrations traditionally characterizing this last week before returns are due.

“Everything has been slower this year” said Lewis Jones, co-owner of the accounting firm of Wilson, Jones and Griffin. “We had delays of releases from both the IRS and North Carolina Department of Revenue. There were software delays for the new upgrades that include the most recent changes in tax law. The state portal usually opens in January, and this year that didn’t happen till early March.”

Those delays made tax return season more challenging for several tax preparers. “We had more people coming in, largely due to requirements connected to the stimulus payments people received last year, and because there were more start-up returns, due to that stimulus money which some people used to open their own small business,” according to Keith Kidwell, who owns H + R Block.

Despite the delays, here are at least three happy changes for taxpayers this year: a higher earned tax credit for taxpayers over 65 years old who worked as well as collecting social security payments; more  refund money for families with children if parents opted out of the  government’s advanced stimulus payments; and one for small business owners who will get more money if they have qualified for the state-run “State and Local Tax” program known as SALT.

According to Pam Swanner, co-owner at the accounting firm of Thomas Swanner and Company, that extra money might be worth the wait if peoples’ returns are delayed by preparation issues, “especially if their returns have to be amended and therefore delayed because of Covid-related credits and PPP (Paycheck Protection Program) loans.” She said local delays are often due to changes and clarifications regarding several laws approved after “extended due dates” had expired.

IRS rules and regulations “keep getting more and more complicated” per Swanner, who echoed similar opinions by the other two tax professionals. Kidwell noted an increase in clients with returns that involve crypto-currency which, “as far as the IRS is concerned, is treated as a stock transaction, and that creates a very complicated tax return because any transaction – even a coffee shop visit – is treated that way if someone uses a credit card but links it to a crypto-currency account.”

There were no cute taxpayer stories shared by the three, who were unified as two of them shared, separately, that “there is nothing funny about tax season.” The third confirmed that opinion by relaying the cautionary story of a taxpayer whose delay cost him approximately $50,000 in late fees.

Still haven’t gotten your paperwork together? Avoiding the filing of your tax return?  “Rushing to get your documents together usually means you’re going to miss something that could cost you money. Don’t do that,” Kidwell said.

All three tax professionals said filing extensions are available and necessary forms can be obtained directly through the IRS or at most accountants’ offices. They stressed that tax planning is available for those who need assistance, and their wish was simple: that nobody else ends up on what Kidwell called “the IRS mailing list, owing money and paying more in penalties if their arrangements and timelines aren’t adhered to.”