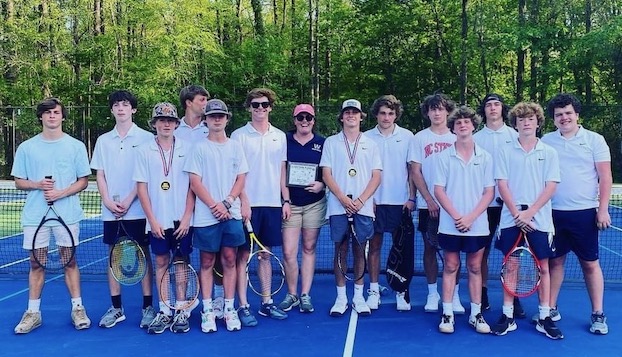 Senior Campbell Curtis qualified for the regional tournament in singles after losing to Drake in the finals. Brother Keenan Campbell also qualified with a third-place finish.

Both doubles duos qualified for the regional, meaning the top six Washington players will move on.

“That’s the first time that’s happened since I’ve been coaching,” Whitley, who started in 2013, said. “it’s a great accomplishment after not having any regional qualifiers last year. Our older players have made great progress and the freshmen have stepped in and contributed right away. I’m very proud of all of them and it should be a fun post-season.”

Washington finished 10-0 in the conference and 14-0 overall. The individual regional is April 29-30 at Herman Park in Goldsboro, while the team state playoffs begin April 27.