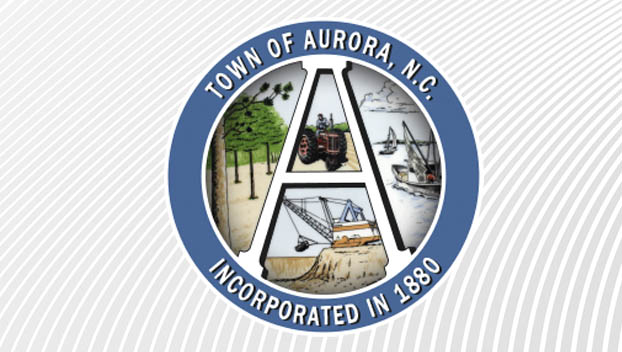 Downtown Aurora will have an extra patriotic feature this Memorial Day, one that should be on full display long after the holiday festivities end.

Newly retired Army major general Kurt Ryan retired to Aurora in August after a 34-year career that took him around the world.

His post-retirement list included a cross-country bicycle ride that took him from Yorktown, Va. to the Golden Gate bridge in San Francisco.

He came up with the idea during his 65-mile daily trek.

“My route was off the beaten path, so I went through very many small towns like Aurora,” Ryan said. “A lot of them had some kind of tribute to veterans downtown and I thought it would be a neat idea to do it in Aurora.”

Thus, the beginning of the Hometown Heroes project.

Ryan met with town leaders and the group decided to hang 2’ by 4’ banners honoring service veterans on the 33 light poles around the downtown area close to the Aurora Fossil Museum, without knowing what kind of response they would get.

An overwhelming one, as it turned out because 59 applications came in.

“There was a major outpouring of community support for this project,” Ryan said. “To have a family of a World War I veteran and 14 from World War II respond is tremendous. Civic service is at the top of my list during retirement and this is a great way to start.”

The project also includes one Korean War veteran, six from Vietnam, one from the Cold War, two from Desert Storm and four from the global war on terrorism.

The banners will have a photo of the honoree with their name, branch of service and where they served on one side with the town logo on the other in alternate order throughout the display area.

Ryan grew up near Gettysburg, Pa. and was deployed to the Philippines, Germany, Afghanistan and Iraq during his Army career. He said the area around Aurora reminded him of his roots and those who served deserve lasting recognition.

“These folks served selflessly with a strong commitment to our great nation,” Ryan said. “Hopefully, it (the project) will help bring a renewed sense of pride to the area and honor a diverse group of veterans who put their lives in danger for us.”

The banners are scheduled to be unveiled Memorial Day weekend in con junction with the Aurora Fossil Festival.