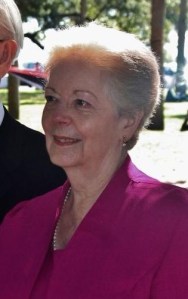 Mrs. Dodd was born in Washington, D.C. on October 10, 1938. She was the daughter of the late Phillip H. Boss and Laura Mason Boss. Mrs. Dodd was a retired administrative assistant with the Department of Health and Human Services. While living in Maryland, she was active in many Masonic projects including Job’s Daughters, Eastern Star, and the Daughters of the Nile. In her spare time, Mrs. Dodd enjoyed arts and crafts, sewing and needle point.

Surviving with her husband is her daughter, Karen Dodd of Chocowinity, her son, Jeffrey Dodd of Chapel Hill and grandson, Quinn Dodd.

In addition to her parents, Mrs. Dodd was preceded in death by a brother, Harvey Boss.

Paul Funeral Home & Crematory in Washington is honored to serve the Dodd family.