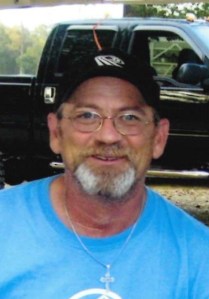 Mr. Donald Raymond Hyatt, age 60, a resident of Washington, NC died Saturday April 9, 2022, at the home of his daughter in Bath.

The family received friends 6-8 p.m. Monday April 11, 2022, at Paul Funeral Home & Crematory of Washington and other times at the home of his daughter, Danielle Buck.

Mr. Hyatt was born in Beaufort County on January 26, 1962, son of the late Robert Hyatt and Gladys Logan Hyatt, who survives.  He was a 1980 graduate of Washington High School.  On June 11, 1988, he married Deborah Lynette Tyson who survives.  He was a truck driver in the construction business and later worked at the former PCS Phosphate in Aurora.  He was a member of Pactolus Baptist Church.  Mr. Hyatt was also a member of the DART Team, who assists in building handicap ramps when the need arises for anyone in our community.  The same team returned the blessing for him prior to his death.

In lieu of flowers the family kindly asks for memorial contributions to be made to Old Ford Church of Christ, 6040 US 17 Hwy. N., Washington, NC 27889.

Paul Funeral Home & Crematory of Washington is honored to serve the Hyatt family.