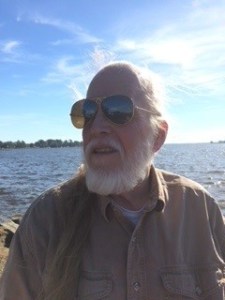 Kenneth Wayne Cratch, 73, of Washington, transitioned to his heavenly home on April 13, 2022 to live with Jesus and his furbabies: Buster, Rocky, Princie, Keysha, and Nicholas, as well as his host of old friends waiting for him.  His funeral was held Saturday, April 16 at 3 p.m. at Paul Funeral Home & Crematory, 900 John Small Ave, Washington.  The family received friends one hour prior to the service.  A graveside committal followed the service at Pamlico Memorial Gardens.

He was predeceased by his parents:  Cyril K. Cratch and Hilda Meade Evans Cratch, and father-in-law Dwight A. Whitley, Sr.

Ken graduated from Wilson Community College.  He retired after 25 years of dedication from NC Department of Natural Resources in Water and Air Quality as an Environmental Technician. Ken’s passions were his 1948 Red Willys Jeepster, his dogs, New Orleans, and his annual role as Santa with the ECU Cancer and Sickle Cell Kids.