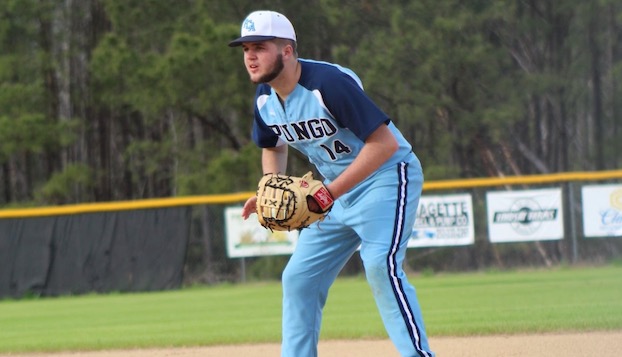 Pungo Christian Academy’s spring sports teams headed into spring break on or near the top of the Tar Heel Independent Conference standings.

The girls soccer team extended their winning streak to six games with a 5-1 victory over Lawrence Academy, then lost 11-0 to perennial power, Grace Christian of Sanford Thursday. Cora Blaine Noble scored twice in the first period and once in the second against Lawrence to notch her first career hat trick. Katie Baxter scored her 17th goal and Julia Rouse netted her sixth.

“I’m very pleased on where we are right now as a team” coach Logan Van Staalduinen said. “For a first year program to be at the top of the conference says a lot about our girls. Grace Christian is a heck of a team that has nine or 10 college level players and I hope our girls were able to take something away from the loss. We will need to keep working hard over break so that we will be ready for the winner-take all game when we get back from spring break.”

PCA is 6-5 and 5-1 in the conference. They host Ridgecroft Monday to decide the TIC regular season title.

The baseball Warriors took their first league loss, 12-4, against Lawrence Academy, then bounced back with a 16-4 romp at Ridgecroft.

Errors hurt against Lawrence, as starting pitcher Devin Cadle allowed only two earned runs in six innings. He also went 2-4 with a double.

The Raiders got back on track at Ridgecroft Thursday. They jumped out to an 8-0 lead after two innings on the way to a 16-4 victory.

Sophomore Drew Van Staalduinen led the way at the plate, going 2-2 with a double and four RBI. Cadle was 2-5 with a triple and four RBI. Deacon Etheridge took the win on the mound, going 3.2 innings with no earned runs on two hits and six strikeouts.

PCA, 8-6, 6-1, is tied for first in the conference with Lawrence Academy. The Raiders will face Terra Ceia twice after the break as well as Albemarle School to end the regular season.

The PCA girls softball team is still ranked number one in the NCISAA 1A state poll after a pair of victories.

The Lady Raiders defeated Ridgecroft 3-2 at home, then routed Parrott Academy, 11-0, in Kinston to go to 12-0 and 7-0 in TIC games. They play Terra Ceia twice, Lawrence and Rocky Mount Academy next week.

The Raiders will have their conference championship match Tuesday at Beechwood Country Club in Ahoskie.