Playoff prep is underway; county baseball teams in the hunt 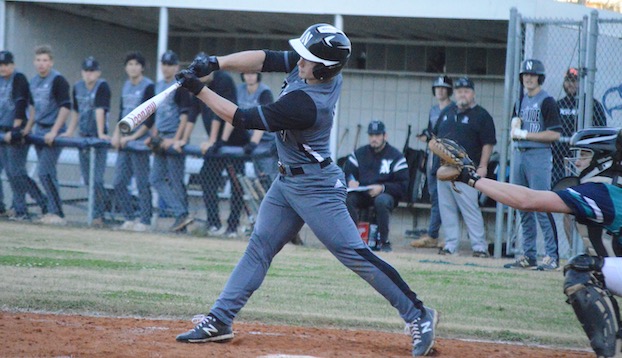 Northside, Southside and Washington High School are on spring break this week, but all three teams are in the mix for a state tournament berth.

The programs will start the final two weeks of conference games Monday with a chance to keep playing into mid-May.

Northside: The Panthers lead the Coastal Plains 1A Conference with a 6-0 record and are 13-4 overall. They are a game ahead of Jones County (5-1), while Southside and East Carteret are 3-3.

Northside senior outfielder Mitch Godley leads all county hitters with a .481 average, but he has plenty of help throughout the batting order as the Panthers are averaging 10 runs on 10 hits per game.

“It’s been a long time since we’ve had so many guys over .300 in the same season,” veteran coach Keith Boyd said. “When a couple guys are having off nights, another two or three pick it up. We’ve put the ball in play consistently and when you do that, you give yourself a chance to win. Our pitching was a question mark at the beginning, but Eli Huynh and Brandon Arthur have done a good job as starters and we’ve picked some innings here and there from others, so it’s been good so far.”

“We have been fortunate to win some close games and anybody can beat us on a given night,” Boyd said. “Southside is better than their record and we have a whole lot of work ahead of us.”

The Seahawks also have four league games left, and need at least a split against Northside, Lejeune, East Carteret and Jones County to make the playoffs after barely missing them last year.

“I’d rather go 3-1,” coach Daniel Folk, whose team is 3-3 and 7-8 overall. “We peaked too early last year and we are playing better right now, so hopefully we can keep it going. We need to make more plays in the field and avoid the one big inning by our opponent that has been killing us. We are on the tournament bubble but our hitting and pitching have been good, so I think we’ve improved overall.”

Senior Bryan Guitierrez leads the offense with a .400 average, six doubles, four triples and a home run. 11 of his 16 hits have been for extra bases.

Campbell Barnes is hitting .377 with 13 runs scored and 10 stolen bases, Kenjray Coffield is batting .354 and Shawn Gerard has a team-high three home runs and a .340 average.

Walker Hill leads the pitching staff with 29 strikeouts in 27.2 innings.

Washington is 7-9 overall, 3-5 in the Eastern Plains 2A conference with home and home series with third-place SouthWest Edgecombe and seventh-place Ayden Grifton left.

The Pam Pack’s strong non-conference schedule has them 24th in the latest RPI rankings, one of the factors in determining the 32-team field.

“We’ve been up and down,” coach Lane Raper said. “We’ve beaten the top three pitchers in the league, but lost to some of the lower ones. John Hamill (4-0, 2.15) has developed into our ace. We had him as a long reliever when the season started, but he keeps getting batters out. Connor Edwards sets the tone for us from the leadoff spot and gives us energy. We’re excited about returning to conference games after break.”