The Beaufort County Sheriff’s Department is investigating the report of a fight in progress at Extreme Action Park in Chocowinity Thursday, where talk about an individual having a gun reportedly caused a rush for the door by more than 200 teens who were there.

“This was a free skating event for teens, basically a health fair where we offered information about issues faced by our youth, hopefully in an atmosphere that would be fun for them. It was good until we were told someone had a gun,” said Jim Madson, director of the Beaufort County Health Department. “We will be looking into it and figure out a way to make it safer in the future. I just hate that something which was supposed to be a big benefit to our youth in Beaufort County was spoiled like that,” he said of the event, which was held at the skate park Thursday.

“Unfortunately, in this day and age, this can happen anywhere. We try to provide outlets of healthy activities. This one was definitely interrupted. People were rushing to get out and things escalated from there,” said Janelle Octagon, who is public information officer for the Beaufort County Health Department and was at the event, which included participants from several state, county, and local agencies. She said skate park owners had “all their staff on deck, and we had four additional health department adult members there when everything started. It’s unfortunate that this is a part of what seems to be happening in today’s world.”

Law enforcement became involved just before 8 p.m., according to an incident report released on Monday by the Beaufort County Sheriff’s Department. That’s when someone at the skate park reported a fight in progress. Less than five minutes later, as the first sheriff arrived on scene, a second call was received, this time reporting that “there was someone with a gun on scene” which was chaotic, according to the first sheriff who arrived, reporting “multiple people on scene attempting to leave, and more people running out of the building” as well as several bystanders who “stated that the subject with the gun was still inside the building.”

The disorganized scene, which included “approximately 200 to 250 people” according to the report, eventually also included at least seven sheriff’s department members as well as responders from the North Carolina Highway Patrol. A second call was soon received “from inside Extreme Action Park stating that there was an active shooting” at about the same time skate park employees were instructed to get everyone out of the building. That is when someone in the parking lot pointed out three young men, all wearing black ski masks and hoodies pulled over their heads, one of whom reportedly had a gun. A foot chase quickly followed, during which all three were eventually found and placed in handcuff as sheriffs searched for a gun-which was not found. Four youths were eventually detained, according to the report, three of whom were identified by skate park employees as “some of the people who were fighting inside.”

According to the incident report, a search of the skate park property did not locate a gun, but two pocket knives were discovered there, which have been tagged as evidence and are part of an investigation that is still in process, according to Chief Deputy Charlie Rose. He added that there is a lot of material to sort through, as well as witness statements and a more complicated investigation and potential prosecution process because the three young men who were detained are all under 18 years old. “We’re hearing all kinds of crazy stories about what went on, including guns and fights. That wasn’t the experience of our deputies,” Rose said, “although it was tough enough anyway, with a whole lot of screaming and panicking, which is not unheard of in a situation like that.”

Skate Park co-owner Deborah Boyd took issue with the sheriff department’s report, saying that there “wasn’t any scary stuff…nobody had a mask on and it was warm in here. I didn’t see anyone with masks on. There was never a fight. They didn’t actually fight. They wanted to, but there was a bunch of kids here that kept them from fighting. I think the reports are very exaggerated. People are just trying to make something out of nothing.” Boyd added that internet chatter about the incident, much of which has been posted by parents and relatives of teens who were there, is inaccurate and uninformed. “People are just trying to make something out of nothing. They weren’t here. They didn’t know what happened. It wasn’t a big deal.”

Rose declined further comment when asked about Boyd’s version of events, stating only that there was “direct contact with deputies at the call.” He said the names of all suspects are being withheld because they are minors, and that investigation is definitely not over. “If anyone is charged, it will be through the juvenile courts. We are looking at interviews… with legal petitions depending on the circumstances that can be proven.” 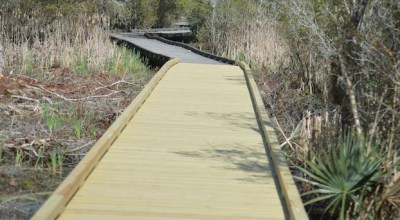