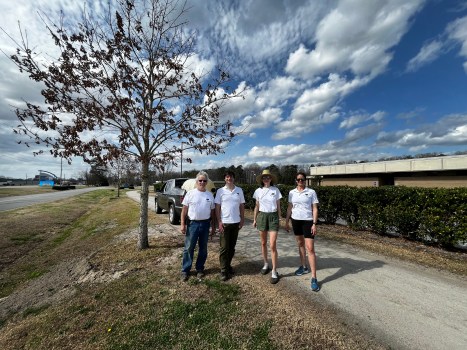 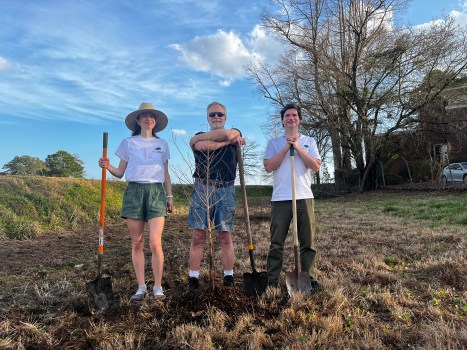 WASHINGTON, N.C. – ReLeaf Washington concluded its largest tree-planting season since it started in 2018. The organization planted 49 trees across six sites throughout Washington and its vicinity. The organization plans to build on its success by completing several projects in the fall. Among the sites to see new trees was the Old Fort neighborhood as part of a new partnership with the Washington Housing Authority.
ReLeaf Washington has focused recent plantings in areas where trees can offer multiple benefits including reduced flooding, improved air and water quality, shade to reduce energy bills, and beautification to increase use of city parks. To this end, sites included Havens Gardens, two sites along the Jacks Creek Greenway, Bug House Park, the Old Fort neighborhood, and Beaufort County Community College.
“We’ve been fortunate to work with partners in the community like Gerald Perry with Beaufort County Community College, County Commissioner Stan Deathrage, Domini Cunningham with the City of Washington, and Vanessa Dunn with Washington Housing Authority,” said Heather Thienpont, President of the Board of ReLeaf Washington. “We are especially excited about our new partnership with the Washington Housing Authority, as one in every ten people in Washington is a WHA resident.”
Through the partnership with WHA, ReLeaf plans to plant a total of 300 trees in six neighborhoods throughout Washington. The multi-year project is the largest that ReLeaf has undertaken. Built across decades, some of the neighborhoods have beautiful canopies that are now 50 years old, while some have no trees at all. The project will help plan the next generation of trees.
To date ReLeaf Washington has planted 155 trees across 23 sites in Washington and its vicinity, and it plans to add another 850 in order to plant 1000 trees by 2030.
Trees are not only beautiful, but study after study has shown that they improve air and water quality, mental and physical health, decrease the urban heat island effect, decrease flooding, bring biodiversity back into degraded areas, and improve property values. Washington is vulnerable to flooding, has a high number of people experiencing poverty, and it is situated on a river that has been historically degraded by surrounding industries. From a global perspective, trees help trap more carbon emissions and increase biodiversity to battle two of the largest modern crises. Trees are a simple and affordable solution to help address all of these issues.