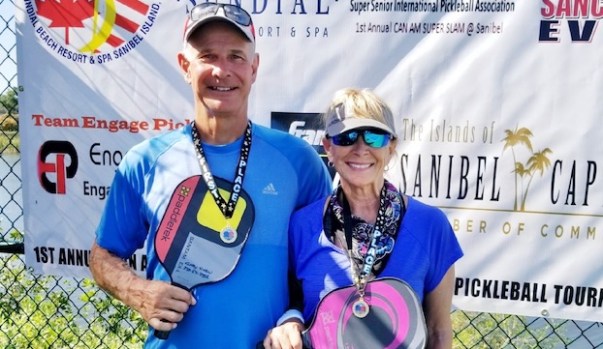 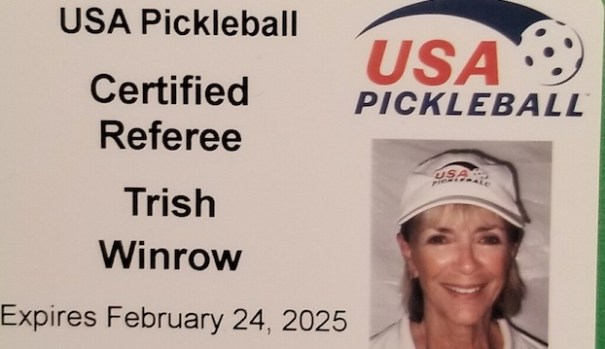 Trish Tripp Winrow will be a pickleball official at the national championship in New York City next month. (Submitted)

Pickleball wasn’t even close to being invented when Trish Tripp Winrow and her four siblings were growing up in Washington in the 1950’s.

For those who might not know, the APP is one of two pro Pickleball leagues that started in 2020 to capitalize on the sports rapid growth.

Winrow will be part of the national tournament as an official, after earning her certification earlier this month.

“It will be an absolutely amazing, surreal experience after watching the U.S. Open tennis tournament on television for so many years,” she said by phone from her Ft. Myers, Fl. home. “You can fit two pickleball courts into one tennis court, so it won’t look exactly the same, but it’s very exciting to be on the same courts as all famous men and women’s tennis players who have competed there. I’m really looking forward to it.”

Winrow and her older sisters Sylvia, Linda Tripp Poore and Laura Tripp Smithwick, all currently of Washington, and younger brother Richard of El Paso, Tx. lived here until 1964 when her father and future town mayor, Richard, was transferred to Greece to work for Voice of America, during his military career.

“I went to school in Washington until seventh grade, then continued my education in Ankara, Turkey and graduated from high school in Bangkok, Thailand,”

Winrow said. “I came back to attend UNC-Chapel Hill, graduated, got married at the United Methodist Church (in Washington) and moved to Ft. Myers. Fl. I do come back to Washington to visit my family and it’s neat to see how everything has changed.”

Winrow earned her BA in Education and taught at the high school level in Ft. Myers and also had a career in real estate.

She and husband Gary always played tennis, then switched to pickleball nine years ago and won several tournaments. She moved into officiating in 2017 while at a tournament on Sanibel Island, FL.

“They were looking for volunteer officials, I raised my hand and it’s led to all this,” Winrow said with a laugh.

She officiated 450 matches from 2021 through the end of last month and has another tournament this weekend in Naples, Fl. She travels throughout the Southeast, but wouldn’t trade it for anything.

“I do this because It’s so much fun,” she said. “Players and officials come from all over the country and I meet so many interesting, nice people. Some are retired and some are attorneys and architects who play for fun on weekends. It’s great exercise and we can play year-round in Florida. Pickleball is more of a finesse sport than tennis and there are no aces on serves. Getting my certification allows me to referee matches with the best players in country competing. It keeps my brain active and I look forward to staying involved for a long time.”