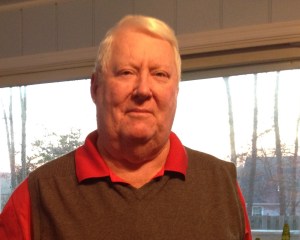 A memorial service will be held at 11 a.m., Friday, April 29, 2022, at Mother of Mercy Catholic Church in Washington.

Mr. Moore was born in Greensboro, Alabama on August 1, 1937. He was the son of the late Eugene Agee Moore, Sr., and Doris May Moore. Mr. Moore graduated from the University of Alabama and was a member of the Phi Gamma Delta fraternity. He served in the U.S. Army. Mr. Moore retired from the General Services Administration with 37 years of service to the Federal Government. He was an Eagle Scout and sponsored his grandson, Marcus, to become an Eagle Scout. Mr. Moore supported his children in many sporting endeavors over the years. He was a member of Mother of Mercy Catholic Church. In his spare time, Mr. Moore enjoyed playing golf, tennis, poker, and traveling.

In addition to his parents, Mr. Moore was preceded in death by son, Paul Agee and sister, Charlotte Jernigan.

In lieu of flowers, memorials may be made to the Chocowinity EMS.

Paul Funeral Home & Crematory of Washington is honored to serve the Moore family.