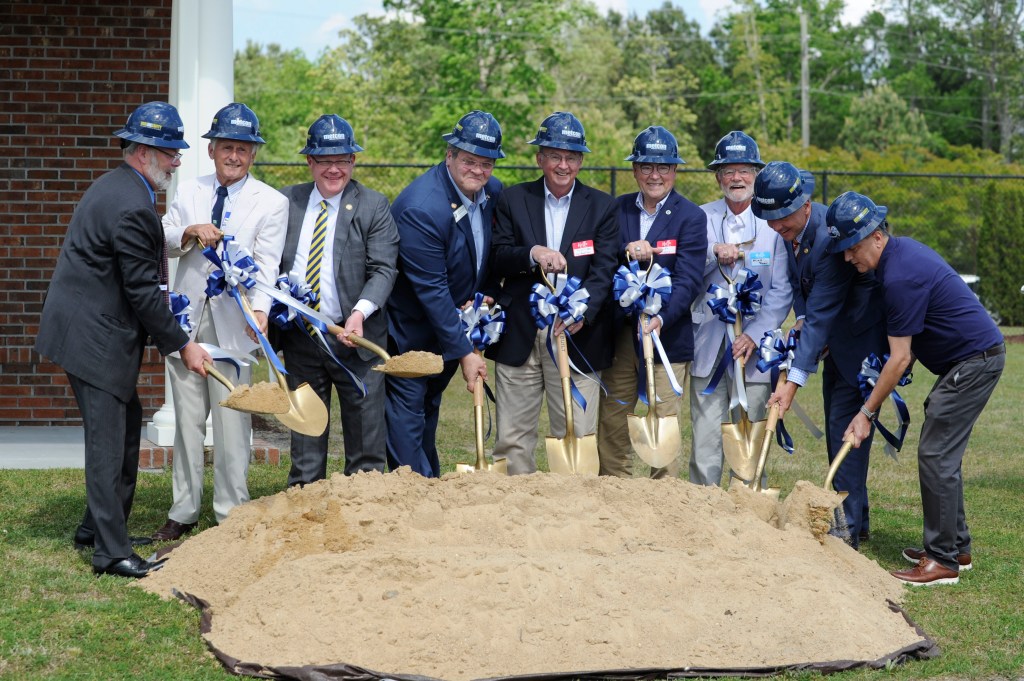 State and local dignitaries pose for a ceremonial photo at Washington-Warren Airport (KOCW) during a groundbreaking event related to a $20 million appropriation from the N.C. General Assembly. (Ashley Vansant / Washington Daily News)

State and local government officials gathered at Washington-Warren Airport on a warm Tuesday afternoon to mark the start of what some call a transformational modernization of the complex that was built in the 1940’s for the United States Navy. Check out a photo gallery from the event.

In December, the North Carolina General Assembly gave the airport $20 million for infrastructure and upgrades in a line-item appropriation spearheaded by Representative Keith D. Kidwell.

According to airport manager Earl Malpass, the money has been divided into 11 different projects, with the first four already underway.

“The design and engineering phase to improve our taxiways is well underway and we are starting to turn some dirt,” he explained. “We have a waiting list of 25 small aircraft waiting for hangar space and we are planning to build new ones to accommodate. We will also be able to expand our (private) jet service.”

The airport is also working with the Federal Aviation Administration to improve the precision instrument landing system to help planes land and in some cases, find safer air space during bad weather.

Malpass said the airport is ready to close on 100 acres adjacent to the current property for an aerospace/marine industrial park.

“This will be a life-changing project when everything is complete,” Malpass said. “It’s a resume builder for the county to continue to attract employers and well-paying jobs. We’ve improved the roads, utilities and other infrastructure so that potential employers will see that everything they need is in place. This is a big deal for the airport and Beaufort County.”