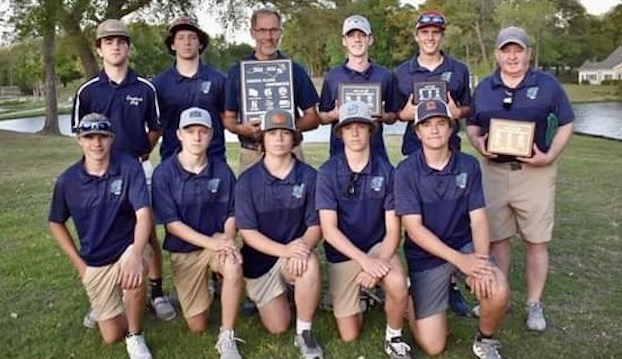 Junior Gabe Matthews claimed conference player of the year honors with a playoff victory over Northside’s David Wallace as both teams qualified for Monday’s regional tournament at the Washington Yacht and County Club.

Matthews and Wallace shot 89 before Matthews parred the payoff hole to take medalist honors, while Wallace made bogey.

“We were either second or third in every regular-season match, but our guys stepped up for conference,” coach David Dixon said. “It helps to hit your peak performance at tournament time,”

Wallace led the Panthers with an 89, followed by freshman Clair Holmes and sophomore Wyatt Berry at 105. Sophomore Gus Vansant completed the scoring at 106.

“We need to work on our approach around the greens as the regional approaches next week,” Panthers coach Jared Adams said. “Every player is a little different and sticking with your strength is important in tournament play.”

East Carteret was third at 407, followed by Pamlico County and Lejeune.

Matthews, Caleb and Brice Dixon and Cole earned All-Conference recognition for Southside, while Wallace, Berry, Holmes and Vansant made it from Northside.