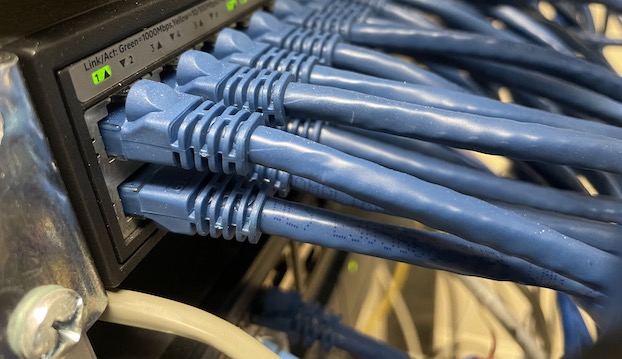 Help is on the way for people across Beaufort County who don’t have internet service access. However, it will be a while before they are zooming down the information highway.

The county recently received $4 million earmarked for upgraded broadband coverage as part of the federal government’s American Rescue Plan Act and the commission unanimously agreed to allocate part of it to two companies interested in bringing service to areas in the county that don’t currently have any internet access and others that have limited access.

By a 6-0 vote, with commissioner Hood Richardson not voting because he previously did work for one company, the commission agreed to a $150,000 allocation to Charter Communications, doing business as Spectrum, and a $500,000 agreement with Brightspeed.

Both companies are applying for state grants cover the majority of the costs involved with building internet infrastructure and the county won’t actually pay out the money until the state approves its part of the grant.

According to the legal documents, Brightspeed’s project will bring service to 1,933 unserved locations at a cost of $6.5 million, while Spectrum’s will cost a little over $6.7 million for 1,129 unserved premises.

Both are hoping the state approves their applications under the GREAT (Growing Rural Economies with Access to Technology grant program, which will cover most of the remaining costs.

“We think this could be a huge win for Beaufort County if the state approves their applications,” county manager Brian Alligood said. “Premises can mean homes, multi-family homes or businesses that currently don’t have adequate or any internet service.”

According to the latest U.S. Census figures, there are just over 20,000 households in the county with a total population of just over 47,000. That means a 6.5% increase in internet accessibility if the state gives the okay.

As to where the unserved locations are, that’s a trade secret.

“The companies involved don’t want to disclose that until after the grants are approved,” Alligood said. “It’s exciting no matter where it goes because it will help those areas attract business and industry. More people can work from home and live by the water. We should hear from the state sometime in May and hopefully we’ll be able to move forward with both companies.”

Alligood said the agreement states that the companies have to have service up and running within 24 months after the grants are approved.