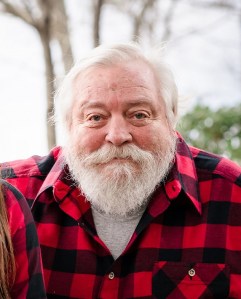 A private memorial service will be held later.

Mr. Wright was born in Wicomico County, Maryland on August 11, 1947. He was the son of the late Harry Cecil Wright and Iris Louise Bennett Wright. Mr. Wright served in the Navy, stationed at Long Beach, California, during the Vietnam war. He was a retired packaging clerk with Burroughs-Wellcome (now Glaxo Smith Kline in Greenville). Mr. Wright retired in 1997 with 30 years of service. In his earlier years, he enjoyed sailing, hunting, and fishing. More recently, Mr. Wright enjoyed collecting antiques, and going to yard sales and auctions.

In addition to his parents, Mr. Wright was preceded in death by a sister, Sharlene Wright Hill.

In lieu of flowers, memorials may be made to the Betsy Bailey Nelson Animal Shelter, Highway 264 East, Washington, N.C. 27889.

Paul Funeral Home & Crematory in Washington is honored to serve the Wright family.