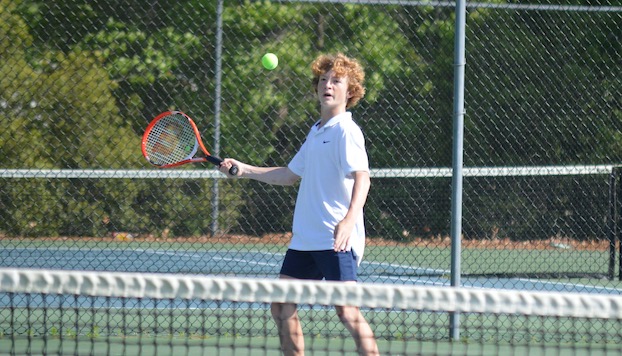 Washington High School’s boys tennis team advanced to the third round of the 2A dual team state tournament with a 9-0 sweep of East Carteret Tuesday.

The third-seeded Pam Pack, 16-0, will host #15 Franklin Academy of Wake Forest Monday for the right to play in the East finals.

The 15th seeded Patriots were 9-5 during the regular season but have cruised through the first two rounds on the road without dropping a match. They knocked out second-seeded North Johnston, 9-0, then eliminated #7 Nash Central, 5-0.

The Washington-Franklin winner will face the winner of top-seeded Clinton and #4 North Carolina School of Science & Math for the east regional title later next week.