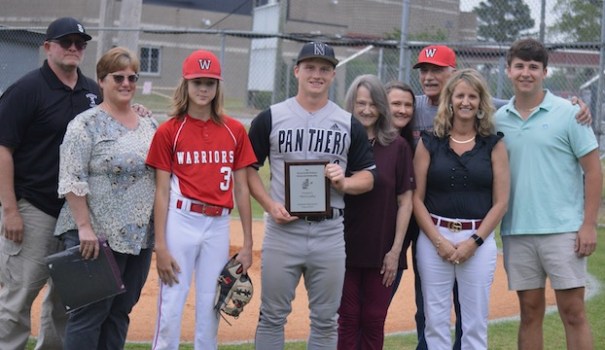 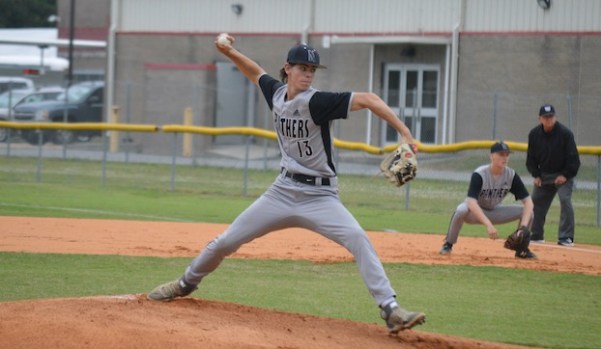 Fortino Beltran, Keifer Boyd and Mitch Godley were recognized for their contribution to the program, Godley won the Bryan Keith Woolard memorial scholarship and the Panthers defeated Pamlico County, 7-1, to wrap up an undefeated conference season at 10-0 and an 18-6 regular season.

“11 guys on this team also played football, so they went undefeated in the conference in both sports,” coach Keith Boyd said. “You don’t see it happen very often in baseball, where you go through your league schedule without losing. Usually you slip up somewhere, but these guys have won some close games. We have a little momentum to start the playoffs, so it should be fun.”

Eli Huynh went 2-4 with two runs scored, two runs batted in and a pair of stolen bases. He combined with Hunter Chrismon and Brandon Arthur for an eight strikeout four-hitter without a walk.

Arthur was 2-3 and scored twice with an RBI, Godley was 2-3 with an RBI and Dylan Waters drove in a pair of runs.

Before the game, the Woolard family presented their annual $500 scholarship for the 14thtime since Bryan Keith Woolard died in an automobile accident in January of 2009 and his family started the scholarship that spring.

Bryan Woolard was the catcher on the Panthers 1994 state championship team and went on to play at Lenoir Community College. He was named Most Valuable Player and Best Defensive Player during his career at Northside.

“Bryan loved baseball and we are proud to keep awarding this scholarship in his name,” Keith Woolard (his dad) said. “We’ve seen quite a few of the guys who won play in college and it’s neat to know we helped them a little.”

Godley will attend Catawba College in Salisbury to play football. He’s leading the baseball team with a .458 average, 25 runs scored and 20 RBI.