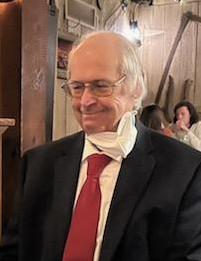 Nickie “Nick” Thomas Rawls, 80, of Cary, passed away Friday evening, April 29, 2022 at his home. He was born in Beaufort County to the late Nicholas Rawls and Verna Mae Gurganus Rawls.

Nickie served in the Army in the early 1960’s before pursuing a degree in Engineering Operations from North Carolina State University. He later retired from Weck Closure Systems in 2002, ending a thirty-year career as an engineer. An avid Wolfpack fan, Nick rarely missed a football or basketball game and passed his love of his alma mater down to his daughter and granddaughter. In his younger years, he spent countless hours on a golf course or tennis court. In his later years, he continued hitting balls on the tennis court with his granddaughter, traveling with friends, reading, and going back to “Big Swamp” to visit with family and childhood friends. A proud Papa, everyone he met knew how much he loved his girls.

Mr. Rawls is survived by his only daughter, Janna Hammond Rawls & husband Dustin McMorris of Wake Forest; granddaughters, Leianna Rawls, Charlotte McMorris and Helena McMorris all of Wake Forest; sisters, Valerie Buck and Dottie Cutler both of Washington; and his fur baby, Lily (now of Wake Forest). He was preceded in death by his former wife, Ann E. Carter; special friend Betty Ann Wynne Rogerson; and a host of extended family and friends.

Services will be held on May 14, 2022 at 11:00 am at Old Ford Church of Christ in Washington, North Carolina with Paul Funeral Home of Washington assisting.

In lieu of flowers, memorial contributions can be made to a local animal shelter.