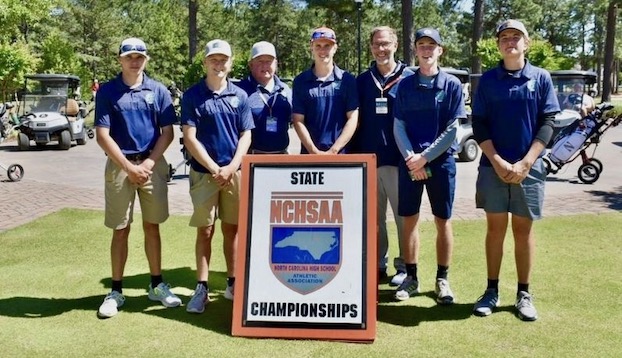 The Seahawks finished 10th and the Panthers 11th in the 1A meet at the Longleaf Golf Club in Southern Pines. South Stanly took home the team championship and Mitchell High School’s Connor Warren was the individual medalist with a four over par 146 two-day total.

Southside junior Gabe Matthews led the Beaufort County golfers with an 86 the first day and a final round 85, good for a 12th place tie at 171.

“He was consistent both days, which was not easy to do given the weather conditions (cold and windy),” coach David Dixon said. “It was a good experience for everybody and we return three of our top four, so they’ve set a goal of returning next year.”

“It was a good experience for my young team,” coach Jared Adams said. “The state tournament is a little more of a pressure situation than normal and they handled it well. Playing there will definitely help them down the road.”

Washington finished tied for eighth in the 2A meet at the Foxfire Golf Club Red course in Pinehurst behind champion East Surry.

“Our guys had a rough couple of days battling the cold and wind,” coach Jim Kozuch said. The already long back nine played even longer because of the wind, but I’m proud of Ridge for knocking 11 shots off his first day total. They all learned something and it was good to be back in it after missing last year.”